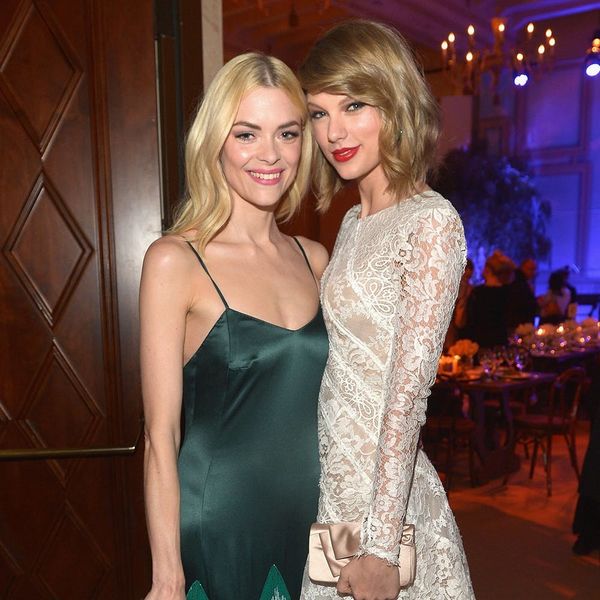 It was only last week that Jaime King announced her second pregnancy on Instagram with a super cute and totally DIYable snap, and now we’ve been gifted even more exciting news surrounding the actress’ second pregnancy. No, we don’t yet know the (likely super cool) baby name, but we do know that it is going to have the coolest godmother ever.

Hollywood’s resident BFF, Taylor Swift has been picked to take on the important role. The singer posted a pic on Instagram last night, which showed her rubbing King’s belly alongside the caption, “Guess who just got named Godmother of this little one … (ME).”

To be honest, we’re a little surprised it’s taken this long for T. Swift to become a godmother, considering she’s kind of friends with everyone in show business and is also known for sending some super nice presents to her fans. We’re guessing she’s going to kind of rule in the birthday present department, although she might have a little bit of competition from King’s first child’s godmother, Jessica Alba.

Right after T. Swift’s post, the pregnant Hart of Dixie star, announced the news on her own account with a similar photo and the caption, “And @taylorswift will forever be looking over our new baby @kylenewman – we all love you!”

What fun things do you think the new godmother has up her sleeve? Share your ideas with us in the comments below.