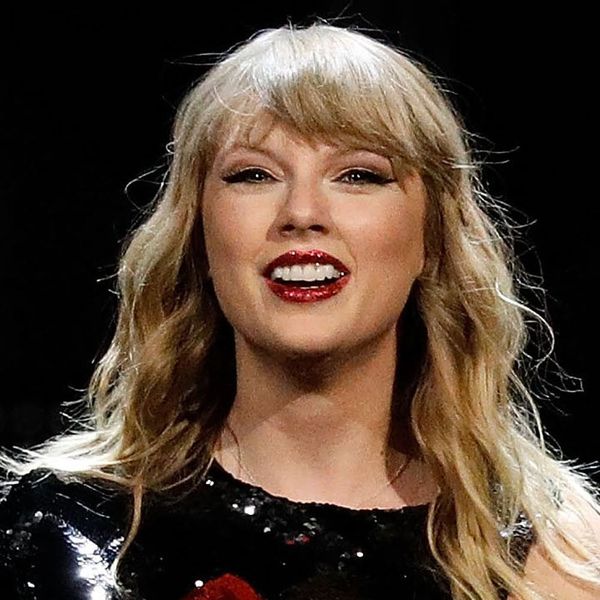 Taylor Swift has had quite the year. From breaking iTunes with the release of her latest album, Reputation, to landing on the cover of TIME magazine’s “Person of the Year” issues, 2017 has been the Year of Tay. She’s closing things out on a high note in the love department, too, giving fans one of their first gratuitous glimpses of her holding hands with BF Joe Alwyn after more than six months of being publicly acknowledged as a couple.

The pic was snapped after the “Getaway Car” singer wrapped up her performance at the Z100 Jingle Ball at Madison Square Garden on Friday. Hitting the NYC streets with her 26-year-old beau (who, earlier in the night, was reportedly cheering her on backstage alongside Blake Lively, Ryan Reynolds, and Ed Sheeran),the pair was photographed looking as cute as ever and… holding hands!

Alwyn and his lady love were first pictured together back in June while on a coffee date in Nashville. Somehow, some way, they’ve avoided any PDA shots since then, reportedly wearing disguises while the actor filmed Billy Lynn’s Long Halftime Walk in his native London.

This new photo means 10-time Grammy winner’s love has finally, finally been captured on film for all the world to see (PS — can we talk about that fierce plaid jacket?!), and needless to say, it was a long time coming for fans who have been shipping the couple for what seems like forever.

What do you think of Taylor’s new beau? Tweet us @BritandCo.