Here’s Everything We Know About Taylor Swift’s New Boyfriend 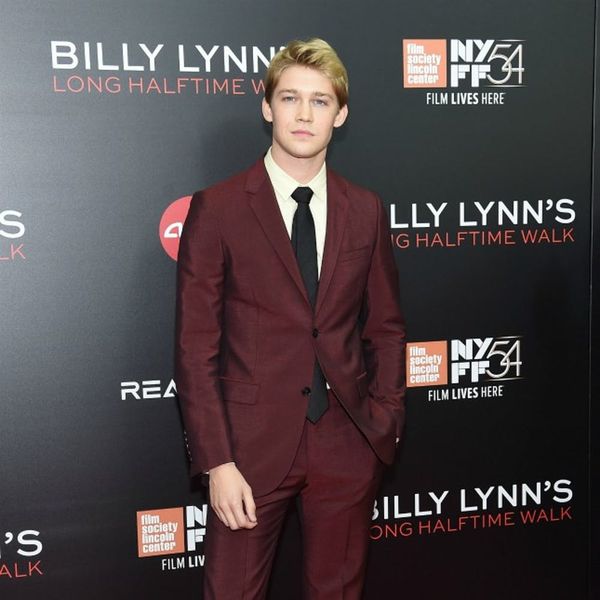 Gossip is swirling that Taylor Swift has moved past Hiddleswift and into the arms of yet another hunky British actor. Joe Alwyn might not have a name you recognize, but his face is one that many know after his breakout role in Billy Lynn’s Long Halftime Walk last year. While rumor has it that the pair have been secretly dating for months, we’re only now learning about their relationship. Here’s everything we know.

According to The Telegraph, 26-year old-Alwyn still lives at home with his parents in London. He also has a quiet social media presence, with only around 3,500 Twitter followers and a private Instagram account. This signals a shift from Swift’s previous over-the-top social sharing, and if the duo really have been together for months, the low-key Alwyn might be the reason why none of us have been the wiser.

Sources close to the pair say that Swift didn’t want a repeat of the media frenzy that defined her brief romance with Tom Hiddleston, adding, “Taylor and Joe are the real deal; this is a very serious relationship.” So serious, in fact, that Swift has been renting a house in North London in order to be close to her new boyfriend.

“She’s been walking around with Joe in London using disguises, like scarves and hats, to keep her identity under wraps,” the source is quoted as saying in The Sun. “Nobody has a clue they’ve been walking past a music super star — not even her new neighbors.”

Have you ever had a secret relationship? Tell us @BritandCo!

Kat Armstrong
Kat has been a writer, social media maven and mom for longer than she's willing to admit. She's also spent time in front of and behind the camera, interviewing celebs, politicians and acting as a producer for fashion and artistic photography shoots. When she isn't writing for various orgs and publications, she's hanging with her kids, husband and French Bulldog, Peter, in Toronto, Canada.
Taylor Swift
Celebrity News
Taylor Swift
More From Celebrity News