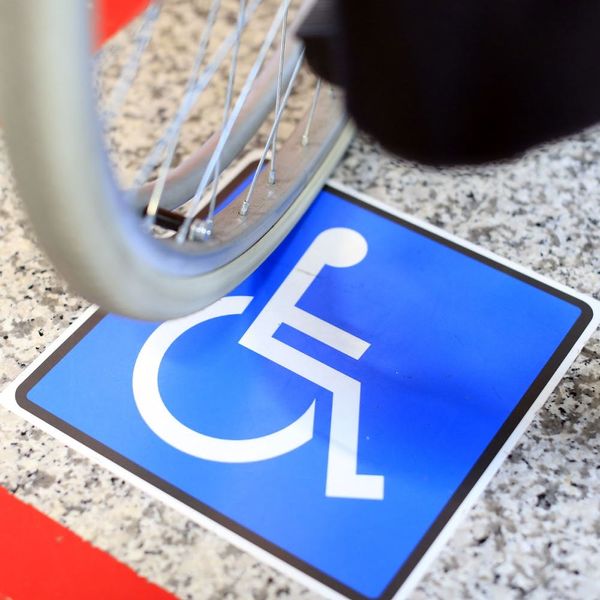 The Trump administration has been quietly working behind the scenes to create a proposal that would use social media to target people receiving federal disability payments, according to the New York Times. Under the proposal, the federal government would use social media sites like Facebook and Twitter to look out for posts that would call into question people’s ability to work.

“There is a little bitty chance that Social Security may be snooping on your Facebook or your Twitter account,” Robert A. Crowe, a lawyer from St. Louis who has worked with Social Security claimants, told the Times. “You don’t want anything on there that shows you out playing Frisbee.”

In a 2018 budget request, Social Security asked for additional funding to look into expanding its already-existing social media monitoring. Its goal is to find fraudsters among the nation’s more than 10 million benefits recipients, who could ostensibly be bilking the system of millions of dollars. Currently, Social Security only investigates social media in rare cases where a file has been flagged and they want to further investigate whether a claim is fraudulent.

Other government agencies have already endeavored to use social media to track non-residents, visitors, and immigrants. Back in 2017, the Department of Homeland Security announced its intent to use social media monitoring to screen immigration and visa applicants for content it may deem ineligible for US entry. And in 2018, the American Civil Liberties Union filed a Freedom Of Information request to find out how Immigration and Customs Enforcement (ICE) and the DHS were collecting, and interpreting, content from social media sites.

Although there have been verifiable instances of people utilizing Social Security benefits fraudulently (such as the 57-year-old Louisiana man who was recently ordered to pay back $134,000 in bilked benefits), fewer people altogether have been relying on SSDI in recent years. Applications for new users were down 29 percent last year, per the Times.

The Times also reports that, in November, Social Security requested a rule change that would deny benefit recipients charged with fraud a guaranteed in-person court case, and instead offer a video conference hearing in its place. Critics of this proposal worry that the change would be inefficient and undermine individuals’ right to due process.

Proposed changes are all the more puzzling given that the Social Security system is, in fact, one of the most efficiently-run government bodies working today. According to Slate, although in-power Republicans have been open about their desire to chip away at Social Security, the program’s administrative costs barely factor into the federal budget at all due to a huge funding surplus in the trillions of dollars.

Congress doesn’t even manage funds for the administration of the program. Instead, it limits how much of the surplus and dedicated revenue the Social Security Administration can use for running the program (hence the spending request on social media monitoring). But since Republicans began their eight-year control of the House in 2010, the party has incrementally restricted how much money the program is allowed to spend, while canceling or significantly decreasing programming allowances.

Whether or not SSDI claimants will be permanently placed under scrutiny remains to be seen. But if the administration deems this use of tracking a success, it could mean the beginning of social media monitoring for the rest of us, too. It could also pave the way for private companies to begin tracking staff in ways that could lead to greater power imbalances and diminished transparency in the workforce.

Then, of course, there’s the fact that social media doesn’t always give us a picture of reality that’s, well, real. “Social media sites are not exactly clear and reliable evidence,” Michael J. Astrue, the last Senate-confirmed Social Security commissioner, told a hearing in 2012. He stepped down in 2013.

Astrue argued for more (and better trained) fraud investigators instead, reminding the hearing how false news easily spreads online. He quipped: “Facebook puts up phony websites under my name all the time.”

(Photo by BSIP/UIG via Getty Images)

Kat Armstrong
Kat has been a writer, social media maven and mom for longer than she's willing to admit. She's also spent time in front of and behind the camera, interviewing celebs, politicians and acting as a producer for fashion and artistic photography shoots. When she isn't writing for various orgs and publications, she's hanging with her kids, husband and French Bulldog, Peter, in Toronto, Canada.
Facebook
Politics
Facebook Politics Social Media Twitter
More From Politics