Things Are Getting Worse for THINX With New Sexual Harassment Allegations 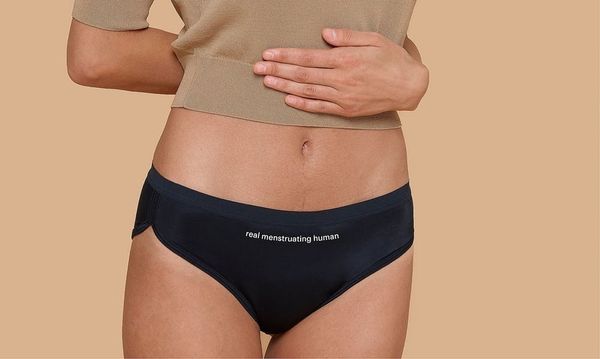 Last week, THINX, the brand behind those innovative period panties, came under fire for the alleged mistreatment of employees. Today, the controversy has deepened after an ex-employee claimed she was sexually harassed by the company’s former-CEO Miki Agrawal.

According to New York Magazine, Chelsea Leibow, THINX’s head of PR until December, filed a complaint with the City of New York Commission on Human Rights, detailing some pretty disturbing verbal harassment on the part of her former boss. Leibow claims Agrawal made comments about the size and shape of employees’ breasts and expressed interest in entering a sexual relationship with one of her employees. She also accuses Agrawal of touching an employee’s breasts, conducting video conference meetings while unclothed, undressing in her glass-walled office, and sharing nude photos of herself and others with her staff.

Then, there was the fat shaming.

An employee told New York Magazine that “If someone had gone to [Agrawal] to complain, she would have held a grudge, and work becomes ten times harder when she does.” Leibow, herself, was fired in December after months of complaining about Agrawal’s behavior. “I can recall multiple occasions when I tried to be honest about salaries or employment policies,” Leibow told the magazine. Agrawal would “blow up and tell you how ungrateful you are and how you should be thanking her for the opportunity, how dare you.”

It’s alleged that this culture of fear made some wary of speaking up. “I didn’t say anything to her at the time. If you’ve ever been touched without your consent, you know it’s jarring. The whole atmosphere was one of: this is fine, this isn’t a big deal,” Leibow said. “I felt that Miki objectified my body when she declared that she was ‘obsessed’ with it and made very detailed comments about my breasts, and it also seemed like a way for Miki to assert her dominance over female employees by simply doing whatever she wanted to do without asking, and showing she could get away with it.”

Leibow found out she was being fired in December, shortly before she was due to get her year-end bonus. After asking around if her bonus would be affected, she claims she was frozen out of all her company accounts and escorted out of the building.

In response to the latest allegations, Agrawal has called them “baseless” and with “absolutely no merit.” A THINX spokesperson had this to offer to New York’s Noreen Malone: “We take matters related to our company culture very seriously. THINX has not been served with a legal complaint or charge from any agency related to Ms. Leibow’s allegations. When the issues were brought to our attention following her departure from THINX, the company commissioned an investigation that concluded the allegations had no legal merit. The company cannot comment further on these legal matters.”

What do you think of the latest THINX controversy? Let us know @BritandCo!

(h/t to NYMag; image via THINX)

Amanda Buckiewicz
Amanda Buckiewicz is a TV producer and writer based out of Toronto. Her claim to fame is producing live interviews with astronauts on the International Space Station, and getting beat up by a bunch of aerial Asian Carp. She spends a lot of time worrying about climate change, shark conservation, and where to find the best moisturizer for her combination skin.
Period
Work
Period work