What Is Happening Over at THINX? 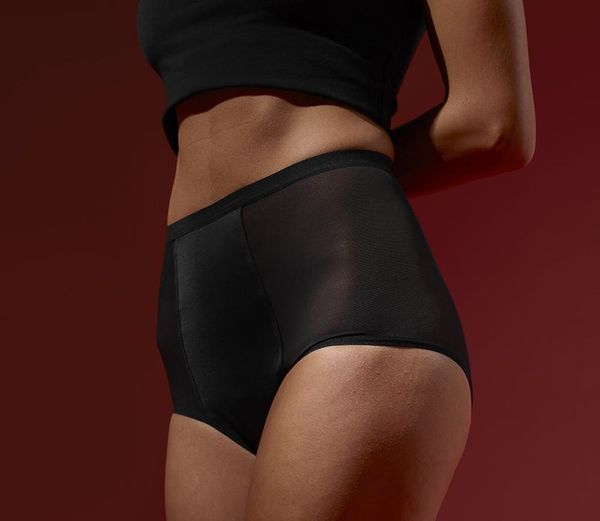 Ever since THINX hit the market, the underwear brand designed with our monthly flows in mind just seemed to get us. Its innovative approach to period protection (reusable applicators, undies that can arguably replace pads or tampons) was a first, and in the severely limited feminine product industry, this was no small feat. But the tide is turning on the THINX brand.

Last week, it was reported that CEO Miki Agrawal was ousted as the head of the company. And now, a scathing article from Racked makes claims that the company’s pro-feminist image was all smoke and mirrors.

Writer Hilary George-Parkin paints a picture of a volatile work environment, with disappointing employment policies: prohibitively expensive healthcare packages, only two weeks for parental leave, consistently lowballed salaries. All this, according to George-Parkin, despite the company earning tens of millions of dollars in revenue last year.

Some of the most shocking allegations are aimed at the former CEO herself. One source quoted Agrawal’s desire to only hire “immigrants who are grateful,” and another source claimed she called an employee “bitch” in a meeting. When employees quit, Agrawal allegedly took it personally, freezing them out, sometimes, as soon as they tendered their resignation. Recently, the company’s CFO sent out a non-disclosure agreement, requiring employees to waive the right to a jury trial, prohibiting them from doing business with customers or “potential customers” for a year after leaving the company, and strangest of all, requiring employees to sever all social media contact with anyone they know to be a customer, or again, a “potential customer.”

Meanwhile, Tyler Ford, a writer and trans advocate who was approached to model for a THINX event, shared the Racked link along with a series of tweets about their own troubling experience with the company. (You can read the full text here.)

i've never spoken about my experiences with thinx bc they were too humiliating/upsetting to talk about publicly https://t.co/toRa3gNQqi

Since the Racked article came out on Tuesday, THINX hasn’t publicly responded to the backlash. “There’s a lot of information here, we know much of it is inaccurate,” a spokesperson told the website in the piece. “We can’t comment on speculation and rumor. We respect our employees, our corporate culture is of utmost importance to us and we endeavor to be competitive with benefits. We love what we do at THINX and the products we make to improve people’s lives.”

It’s not all doom and gloom over at THINX. Several of the sources quoted in the story said they still loved the product and the idea of the company, and truly want it to succeed.

Does this controversy change your thinking on THINX? Tweet us @BritandCo!

(h/t to Racked; Image via THINX)

Amanda Buckiewicz
Amanda Buckiewicz is a TV producer and writer based out of Toronto. Her claim to fame is producing live interviews with astronauts on the International Space Station, and getting beat up by a bunch of aerial Asian Carp. She spends a lot of time worrying about climate change, shark conservation, and where to find the best moisturizer for her combination skin.
Period
Entertainment
Period
More From Entertainment