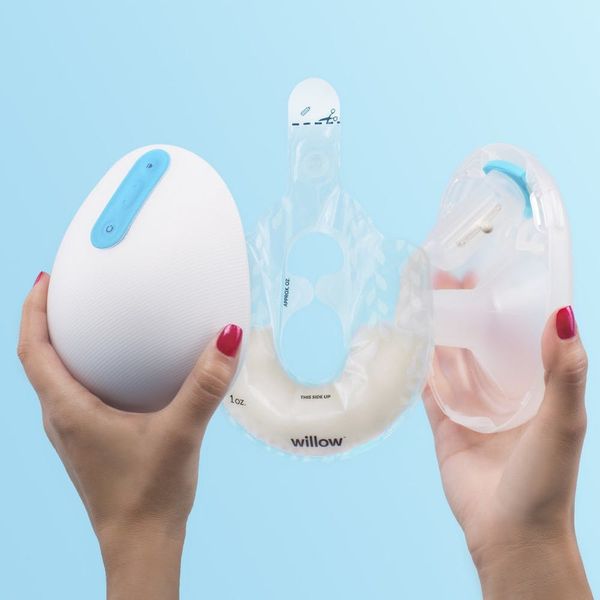 When you hear “wearable tech,” the first thing that comes to mind is probably “Apple Watch,” “Fitbit” or something similar. Here at CES 2017, we’ve been seeing a lot of wearables that defy convention. We’re used to wearables doing things like counting our steps, but how about pumping breast milk?

But for new mommies everywhere, Willow is about to be one of life’s biggest blessings. Up until now, pumping has been a less-than-pleasant but necessary part of early motherhood. You’d have to deal with all those parts, hold the bottle while you were pumping, switch over to the other breast… well, friends, that is a thing of the past now. Willow was designed to be worn, so you can continue doing the things you need and want to do. You don’t need to hold the pumps while they do their job, which means pumping is no longer a chore. The pumps are really quiet too, which means if you want to pump on the down-low, no one will notice you’re pumping. Yay!

Women who have tried Willow so far have praised its ability to let them multitask. One woman says, “I was able to pump while I helped my older kid do a puzzle on the floor and then went to make a cup of tea. Then the baby cried, and I was able to go and pick her up without a second thought. That’s a game changer! I comforted her, provoking a new milk let-down, and then I was able to nurse and pump at the same time.”

We are all for anything that lets new mamas do what they do best, without having to do anything that takes their focus away from their tiny humans.

What are you most excited about for #CES2017? Sound off on Twitter by mentioning @BritandCo!

Shea Lignitz
Shea can be found in the nearest bookstore or brewery, exploring the great outdoors, or blasting Led Zeppelin. She grew up in the cold and rain of Northern California's redwoods but is currently wandering around Texas.
New Moms
Tech
New Moms Tech News