This Is the Inspiring Milestone Demi Lovato Is Celebrating Today 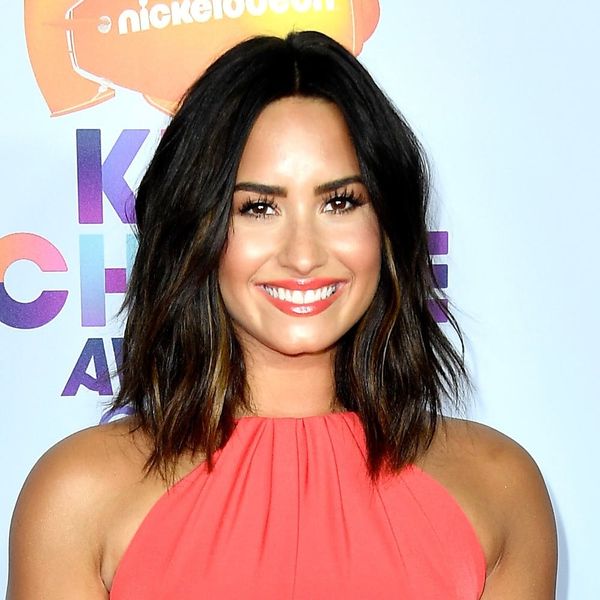 Demi Lovato has good reason to feel “Confident” these days. Not only is the singer seeing someone new, but she’s celebrating a pretty huge anniversary today: five years of sobriety.

As you’ll likely recall, Lovato has had some pretty dark days in her short 24 years: She’s dealt with everything from bulimia and mental health issues (Lovato has been diagnosed with bipolar disorder) to cutting and substance abuse.

At her worst, as Lovato revealed to Access Hollywood back in 2013, she was even illegally smuggling drugs onto airplanes. “I couldn’t go 30 minutes to an hour without cocaine, and I would bring it on airplanes. I would smuggle it basically and just wait until everyone in first class would go to sleep and do it right there,” she said back then. She, like Ben Affleck, also admitted to issues with alcohol, saying that she also brought Sprite bottles full of vodka to airports. “I think at 19 years old, I had a moment where I was like, ‘Oh my God, that is alcoholic behavior,’” she shared.

Lovato ultimately found her way to rehab after reportedly punching a backup dancer while on tour with the Jonas brothers back in 2010, but even with help, clarity didn’t truly come until the young star was ready to accept it. “I had all the help in the world, but I didn’t want it,” she admitted to Access Hollywood. As she recently told ET, “Surrendering is the most important thing whenever you’re trying to battle your demons. You have to admit that you have a problem first, and then you can overcome them.”

She suffered with relapses following treatment, and took shelter in a sober house where she lived for at least a year. Even then, the transition to a healthy lifestyle wasn’t always a walk in the park. In 2014, she told Seventeen, “Since I went to treatment, there have been days where it’s felt really easy, and I’ve felt great about where I am. But then I have moments when it’s not. That’s life.”

Her struggles affected nearly every area of her life: She cited her sickness as being part of the reason her six-year relationship with Wilmer Valderamma came to an end. “Being sick was always part of my relationship with him; I always had something wrong with me,” she told Glamour at the time of the split.

But now, it’s been five years, and Lovato is living clean and sober, moving on to situations that are more healthy for her. Though she hasn’t made any sweeping announcements on social media, she did speak to ET on the red carpet at the Kids’ Choice Awards this past Saturday (where she also debuted a fierce fresh new haircut,) about her huge milestone. “It feels amazing,” she said. “All I’ve been doing is focusing on bettering myself, but it’s well worth it.”

Now Lovato can help others struggling with similar issues. “People have reached out and I’ve been able to help,” she shared. “Some people it helps; some people that’s their own journey. But, if anyone ever needs anything, I’m always around.”

Congratulations, Demi! We’re so proud of you.

Have you celebrated a similar positive milestone recently? Share with us over @BritandCo.