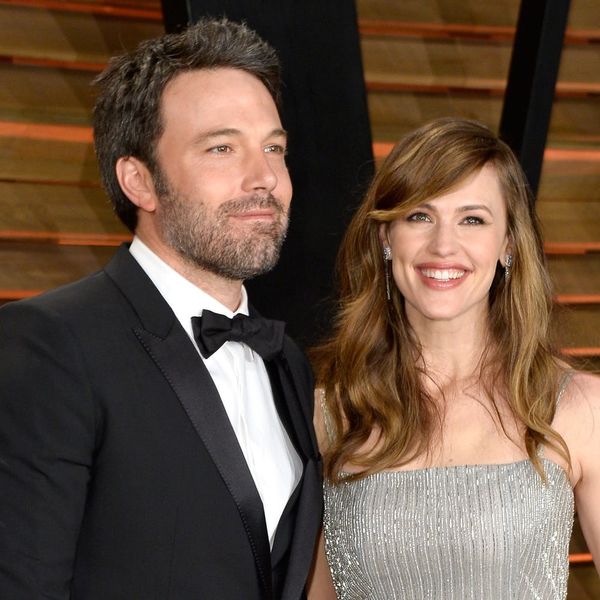 As celeb couples such as Mariah Carey and Nick Cannon or Kate Beckinsale and Michael Sheen have proved time and time again, breakups are a totally different ball game when children are involved.

Ben Affleck and Jennifer Garner’s current relationship status may be up in the air, with many reporting that the two have actually called off their divorce and others saying they’ve split and are simply co-parenting, but the one thing that remains constant is their commitment to ensuring that their children don’t suffer as a result of their split.

Affleck made that fact very clear with his most recent announcement over on Facebook, where the Batman v Superman actor revealed that he had been undergoing treatment for alcohol addiction. While the admission was an inspiring one on its own, with Affleck revealing that he’s been dealing with the issue for some time and continues to do so, it was his thanks to Garner that perhaps touched our hearts most.

“I’m lucky to have the love of my family and friends, including my co-parent, Jen, who has supported me and cared for our kids as I’ve done the work I set out to do,” he wrote.

Affleck went on to say that it was actually their children, Violet, Seraphina Rose, and Samuel Garner that inspired him to take his first steps toward recovery.

“I want to live life to the fullest and be the best father I can be,” the 44-year-old shared. “I want my kids to know there is no shame in getting help when you need it.”

The other group the actor says played a role in his decision was those struggling with similar issues. “[I want] to be a source of strength for anyone out there that needs help but is afraid to take the first step,” he said.

Garner has yet to respond (at least publicly), but we can only imagine that his acknowledgment means the world to the 13 Going on 30 star, who, in addition to caring for the couple’s family, has been making strides to see changes for low-income children in the White House.

We wholeheartedly commend Ben on his brave admission and wish him and Jen both all the best on the road to recovery.

Are you touched by Ben’s shout-out to his former partner? Share with us @BritandCo.