‘This Is Us’ Season 2, Episode 15 Recap: Jack’s Funeral Brings More Heartbreak (and a Little Healing) 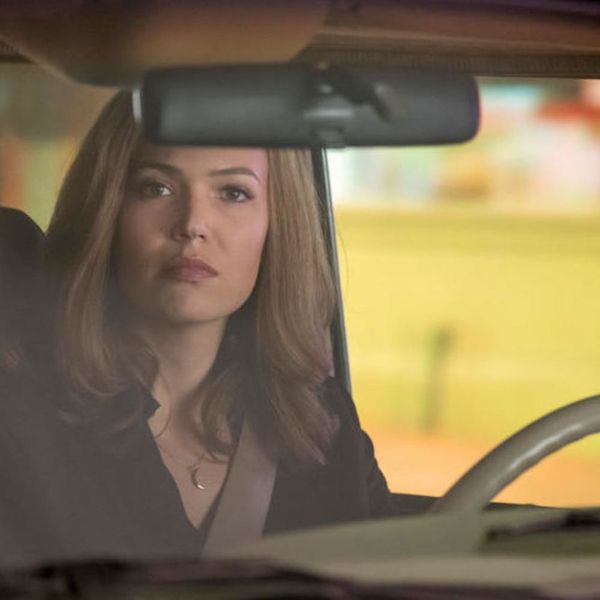 If you thought you were through the hardest episode of This Is Us after Sunday’s post-Super Bowl special, you were wrong. We all knew Jack’s funeral and the immediate aftermath of his death would be a tissue-fest, but we underestimated just how many boxes we’d need for “The Car.”

The episode itself takes place largely in the past, in different segments of the Big Three’s life before and immediately after Jack’s death.

At the start of the hour, Rebecca sits in the Grand Wagoneer, waiting for her kids so she can take them to Jack’s funeral. She wipes her tears. She finds Bruce Springsteen tickets for an upcoming concert, and we see the pain on her face. Then we see how the car was first picked out — not really by Jack or Rebecca, but by their kids, who climbed in and started playing around with it when no one was looking.

The whole episode is basically a love letter to the Jeep, sprinkled with memories of what it means to the family and how it relates to Jack. In one flashback, Jack tries to teach Randall how to drive, and because Kevin can’t stop teasing his brother from the backseat, they almost get into an accident. Fed up, Jack insists that they walk home and drives the car home himself. When the kids finally get back, he tells them a story about his own brother and reminds them that when everyone is gone, the only people they’ll have is each other. It’s quintessential Jack.

In another memory, Jack is driving to work when he sees Kate waiting for the bus. Kate is apparently skipping school to see Alanis Morisette at a signing. Instead of getting mad, Jack ends up taking her to the signing himself — because it’s his “Katie-girl.” It’s here (and in this car) that we start to understand Kate’s appreciation for music. (It’s also here that we understand just why Rebecca seeing the Springsteen tickets made her emotional.) After Jack’s death, Kate comes to the conclusion that they all got out in time, but that Jack went back inside for her dog, so it’s her fault he died.

The kids are, understandably, having a hard time preparing for the funeral. Kate wants to give up her dog so she’s not reminded of her dad, Kevin is frustrated that he can’t tie his own tie, and Randall, as always, is trying to be the person who stays calm and rational. We don’t actually see much of the funeral, and what we do see is mostly through Rebecca’s eyes — Miguel speaks, Randall speaks, Kate barely holds it together. But before they leave to go the reception, she protectively takes the urn (the one that will end up on Kate’s mantle in the end.)

At the reception, Kevin is off by himself when he notices Randall wearing Jack’s watch. He snaps, yelling at Rebecca and telling Randall he’s not a “real man,” because a real man would’ve stopped his father from going back into the house. Randall responds by pointing out that Kevin wasn’t even there, a fact that haunts Kevin years later.

There is light in this episode, though, and it comes in the form of Dr. K, who shows up at the reception with his wife. We find out that Jack apparently kept coming to the hospital for advice after the kids were born, which Rebecca didn’t know. Rebecca admits that she still has so much guilt over not being there when Jack died (part of the reason she’s been following the urn around) and laments how fearless Jack was in comparison to her. Dr. K, of course, tells her that Jack had a ton of fears, especially as a new father. When Rebecca says she can’t do this without him, Dr. K reminds her of the baby she lost and how strong she is.

Near the end of the episode, we put the pieces together — the coffee that Rebecca has been looking at in the cupholder of the car was Jack’s the night that he died, and the Bruce tickets were what he had planned to surprise the family with. Rebecca drags her kids out of the reception and to his favorite tree, which we saw the origins of earlier in the episode. (He took Rebecca there after a medical scare to calm her, and when Rebecca asked why it was his favorite, he said it was because it was where she would find out she was okay from the MRI she’d had.) She admits to her children that she never wanted to have kids before she met Jack, tells Randall and Kevin they don’t have to be the men of the house, and assures Kate that no matter what she thinks, Jack’s death is not her fault. And then they scatter his ashes, and suddenly, they’re the little family that could, trying to move on. It’ll be hard. It’ll be emotional. But they’re the Pearsons, and they’ll get through it.

Andrea Towers
Andrea Towers is an entertainment writer whose work has appeared in Bustle, Variety, Paste Magazine, Mashable, and more. She loves celebrity life, coffee, superheroes, and crying into her wine glass over really good programming. She lives in New York, and was previously a writer and editor at Entertainment Weekly. You can find more of her pop culture ramblings and thoughts on Twitter at @_atowers.
TV
TV
TV TV Recaps