How to Take Back Control of Your Time (+ Your Life) 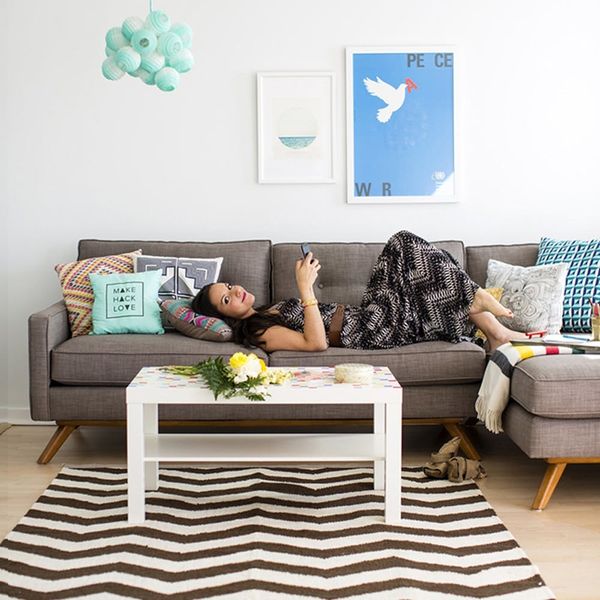 I can’t count the number of times a friend, co-worker, boss or family member has asked me to do something, and I’ve blurted out, “Yeah, sure!” before I actually considered what I was getting into.

I thought of myself as a weirdo selfish introvert for not always wanting to stick to plans or do a favor I’d promised a friend or coworker. I’m finally starting to realize, though, that it’s not selfishness that causes me to turn people down or back out of things. Up until pretty recently, I wasn’t 100% aware of my limits and boundaries (as in, the number of things I can commit to without risking burnout and resentment), so I’d say “yes” to too many things and then instantly regret it.

The more people I’ve coached, the more it’s becoming clear to me that too many of us are default “yes people” … and we’re struggling to deal with the subsequent exhaustion and resentment that comes with overcommitting. So why do we say “yes” so quickly?

1. FOMO: The fear of missing out seems to be running rampant among Millennials. I don’t know if it’s because we have more life and career options than any previous generation, or if it’s because our every decision is broadcast online to friends, acquaintances, and complete strangers we want to impress. Regardless, FOMO is keeping tons of us stuck, needlessly busy, and increasingly overwhelmed. Personally, though, I’m much more afraid of not having the focus to make progress on my dreams than missing out on some event or mediocre opportunity that happens to show up.

2. Social Pressure: If everyone at your office is agreeing to extra hours, additional assignments, or impossible deadlines, then it’s going to feel extremely uncomfortable for you to say “no” or set boundaries around your time. But here’s the truth: Most of those people feel the exact same way you do, but they’re also too nervous to speak up and say “no.” When you set your own boundaries, you become a leader by example and you give other people permission to start saying “no.”

3. Fear of Disappointing People: Most of us blurt out, “Yeah, sure!” when someone asks us to do something largely because it makes us (and them) feel good in the moment. It’s awkward to say “no,” and no one wants to see the look of disappointment or annoyance on the other person’s face. I promise, though, that it’ll feel even worse to commit and then back out later, or to be in a crappy mood (or do a half-hearted job) when you’re doing what they ask. They (and you) will recover much faster if you start out saying “no” instead of letting the resentment fester.

4. Pure Habit: For those of us who have been “yes people” our entire lives, it’s so natural to agree to things that the word “yes” flies out of your mouth before you even have time to think. Just like any habit, this will take plenty of awareness and practice to rewire your brain to set a new default answer.

“If you don’t prioritize your life, someone else will.” – Greg McKeown, author of my new favorite book, Essentialism: The Disciplined Pursuit of Less. (Watch his Office Hours video here.)

If you’re nodding along and thinking, “This is totally me — I say ‘yes’ to everything,” then I’m challenging you (and me) to consciously start using what Greg McKeown calls the “graceful no.”

Instead, make your default answer, “Let me check on something and get back to you.” This breaks the habit of agreeing to things before you have time to really consider if you want and/or have time to do it. Plus, it gives you space to process their request and, if necessary, come up with a graceful “no.”

I have several clients who made this small shift, and it’s turning their lives around. They have more free time, they feel more focused on a daily basis, and (maybe counter-intuitively) their relationships are better than ever.

What happens when you stop saying “yes” to everything: You have time, space, and energy to devote to the really important things. You feel back in control of your time and your life (instead of always feelings reactive, overly busy, and resentful of others for “stealing” your time). People start to respect you more. Most people worry that saying “no” will turn others off, but actually it’s the opposite. Kate Northrup put it beautifully in one of her recent blog posts: “Saying yes to everything cheapens your yes.”

So who’s willing to take this challenge with me and stop automatically saying “yes” to every request and opportunity that comes your way? Leave a comment below to let me know you’re “in.”

Have you started saying “no” more often? How has it been going for you? Drop a line in the comments below.

This was originally published on LevoLeague by Kristen Walker