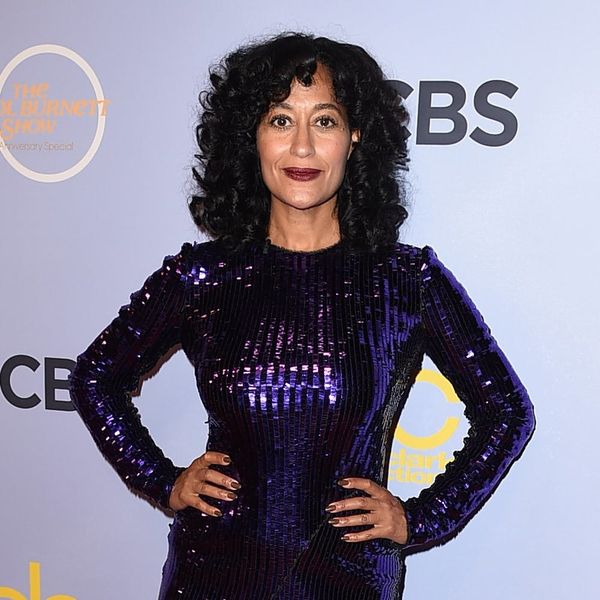 Many of us endure slightly painful treatments in the name of beauty, but few are fearless enough to share video footage of them. Among them is Tracee Ellis Ross, who just had her nose hairs waxed and posted a video on Instagram for her 3.8 million followers.

HAS ANYONE EVER HAD THEIR NOSE HAIRS WAXED? ~ let this be a lesson to you: just say no.

In the hilarious video, the Black-ish star can be seen with the wax attached to a Q-tip up her left nostril, as a glove-wearing technician rips it out. Ross begs, “Take it out! Take it out. Oh fuck!”

At first, she looks wide-eyed in terror, before breaking into uncomfortable laughter over the entire scenario. In her all-caps caption, she asks, “HAS ANYONE EVER HAD THEIR NOSE HAIRS WAXED?” before dutifully advising her followers, “let this be a lesson to you: just say no.”

We love her candor over it all, but it’s important to note that nose hair waxing might not be such a great idea, and not just because it’s painful, but the FDA advises actually against it. Nose hairs are there for a reason, and they act as a barrier against germs and bacteria. While Ross’ waxing adventures are relatable as hell, here’s a friendly reminder that perhaps it’s better to turn your nose up to some beauty treatments.

Would you share a video of your waxing sessions? Tell us @BritandCo!

Arielle Tschinkel
Arielle Tschinkel is a pop culture junkie who went to NYU because the Olsen twins went to NYU (really). She is a freelance writer whose work has also been featured on HelloGiggles, Refinery29, SheKnows, Bustle, Hollywood.com, and many others; and she's living her dream one Britney Spears GIF at a time. Follow her on Twitter @mrstschinkel or visit her website at arielletschinkel.com.
Celebrity Beauty
Beauty News
Celebrity Beauty