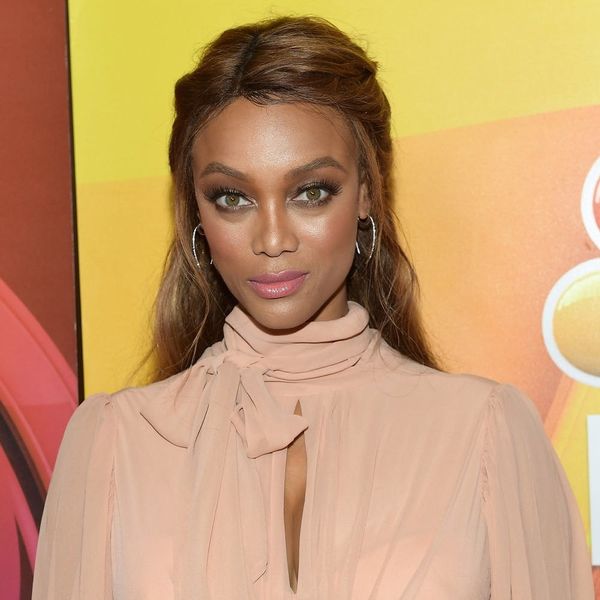 As Tyra Banks prepares to return to America’s Next Top Model (with one big change), she’s finally addressing one of her most memorable moments from earlier in the reality competition show. But what she has to say about her “we were all rooting for you” lecture might surprise you.

The infamous interaction went down back in cycle three of ANTM, when Banks laid into contestant Tiffany Richardson after her elimination. Letting her emotions take over, the host and model told Richardson, “I have never in my life yelled at a girl like this. When my mother yells like this, it’s because she loves me. I was rooting for you! We were all rooting for you!”

The clip has since become both a meme and a GIF, and is still very much a part of the pop culture conversation, particularly on Twitter.

Looking back on it now, Banks told BuzzFeed, “A lot of the times, it’s easy to go either way. It’s easier to say, ‘Oh my god, that was awful, I’m a victim,’ or it’s the other way around, ‘I’m awful,’ and you kinda blame yourself. I felt like [Richardson] took ownership of some of the things she could’ve done better, but at the same time said, ‘That was some crazy sh*t.'”

She added: “It was such an emotional, visceral moment for me. I had so much love for this girl.”

Banks also admitted that she would probably handle things a little differently if she could do it again. “Oh my god, totally, I wouldn’t have done it. Actually, maybe I wouldn’t have aired it.”

Her feelings on the situation are understandable, but it’s hard to imagine a world without that moment in pop culture history. And while Banks has apparently never sent the GIF to her friends, she’s willing to relive the scene with fans: “So people come up to me on the street and they’re like, ‘Okay, Tyra, just say my name and just replace ‘Tiffany,’ but say my name.'”

We’ll have to watch to see if she has any other meme-worthy moments when America’s Next Top Model season 24 premieres January 9 at 8pm ET on VH1.