Brit + Co’s Weekly Entertainment Planner: ‘A Christmas Prince: The Royal Wedding,’ ‘A Legendary Christmas With John and Chrissy,’ and More! 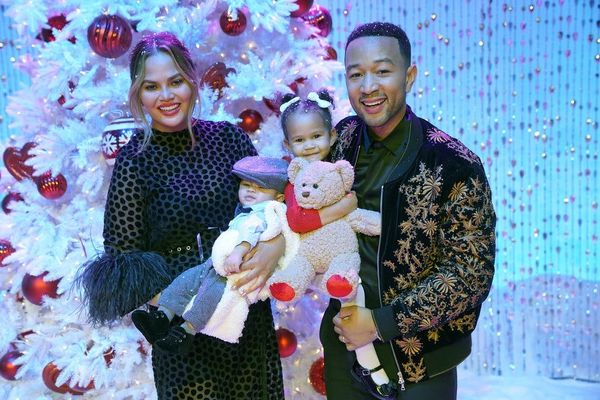 Welcome to Brit + Co’s Weekly Entertainment Planner! Each Monday, we highlight one thing we’re excited about in six categories — movies, TV, music, streaming services, podcasts, and a bonus pick from all of the above — to help you navigate your week in watching and listening. Check out our picks for the week of November 26 to December 2 below. Your eyes and your ears will thank us!

Head Full of Honey (November 30): Nick Nolte stars as an aging man struggling with the loss of both his wife and his own memory as his Alzheimer’s worsens. The touching, if heartbreaking, family tale sees Nolte’s character’s granddaughter take him on a road trip to Venice, as the family tries to navigate memories new and old. Matt Dillon and Emily Mortimer also star. Check it out in theaters on Friday, November 30. (Photo via Gordon Timpen/Warner Bros. Studios)

A Legendary Christmas With John and Chrissy (November 28): To celebrate John Legend’s new holiday album A Legendary Christmas, Legend and Chrissy Teigen will team up for a TV special featuring performances and special guests including Kim Kardashian, the Queer Eye Fab Five, and lots more. Watch it all go down on Wednesday, November 28, at 10pm ET on NBC. (Photo via Paul Drinkwater/NBC)

A Christmas Prince: The Royal Wedding (November 30): IT’S FINALLY HERE. The long-awaited sequel to Netflix’s 2017 surprise hit original movie, A Christmas Prince, picks up one year later as American journalist Amber (Rose McIver) and Prince Richard of Aldovia (Ben Lamb) attempt to plan their royal wedding in the face of many unexpected obstacles. Watch when it drops on Netflix on Friday, November 30. (Photo via Netflix)

The Dream: This American Life alum Jane Marie dives deep into the world of MLM (multi-level marketing — also largely known as pyramid schemes) to explore the history, the modern social media proliferation, how they actually work, and why they thrive particularly among women. It’s an easy and fascinating binge listen, which you can do online, or, subscribe wherever you get your podcasts.

Alessia Cara, The Pains of Growing (November 30): Take a (short) break from all the Christmas music with the sophomore album from Canada’s inspiring pop star Alessia Cara. On The Pains of Growing, the 22-year-old explores not only what it’s like to age out of your teen years, but also how to do it in the spotlight. Check it out on November 30. (Photo via Ilya S. Savenok/Getty Images for iHeartRadio)

This Is Us fall finale (November 27): The Pearson family will be leaving TV for the rest of 2018, but not before getting viewers closer to the truth about Jack’s time in Vietnam. The fall finale, titled “The Beginning Is the End Is the Beginning,” will air on Tuesday, November 27, at 9pm ET on NBC. (Photo via Ron Batzdorff/NBC)