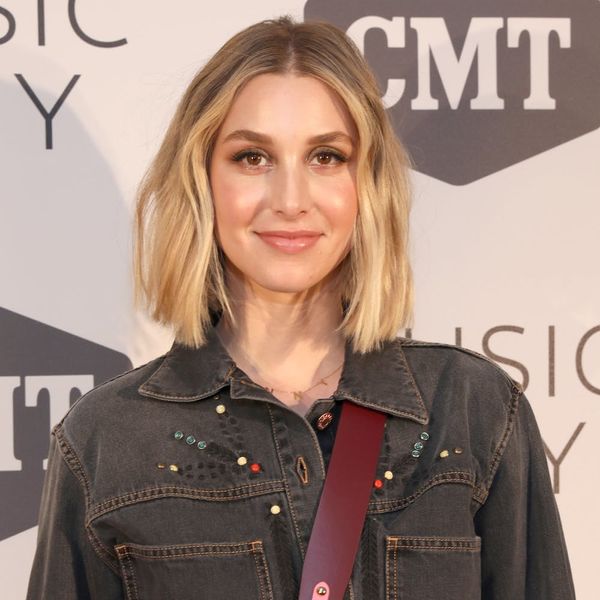 Since The Hills went off the air back in 2010 (can you believe it’s been eight years?!), Whitney Port has been keeping busy juggling motherhood with her newfound career as a floral designer and lifestyle guru. Along the way, she’s teased the possibility of a Hills reunion — which we are so down for — and it seems the thought regularly crosses her mind, as she just took to Instagram to serenade fans with the MTV show’s theme song, “Unwritten.” And yes, it will instantly brighten up your day.

In the clip, which she posted to her stories, the 33-year-old can be heard belting out Natasha Bedingfield’s 2004 smash hit song while driving to Saks with her baby boy. Not surprisingly, she doesn’t miss a single lyric. “Feel the rain on your skin, no one else can feel it for you,” she sings confidently. “Only you can let it in. No one else, no one else, can speak the words on your lips.”

She then pauses to let her one-year-old son know, “Sonny, this is momma’s song!”

Port spoke about the possibility of a reunion as recently as April, when she told Us Weekly, “People are talking about it a little, but there’s nothing actually like concrete in the works. I think it would be hard to get everybody back together again just because we’re all in such different places, but it’d definitely be something fun.”

With Port on board to reunite with her former reality TV castmates, and Kristin Cavallari admitting on Spencer Pratt and Heidi Montag’s podcast that she “would love nothing more than a Hills reunion,” we’re going to keep our fingers crossed that it happens soon… and includes plenty of “Unwritten” karaoke sessions!

Barbara Pavone
Barbara Pavone is a pop culture-obsessed writer based in beautiful (but ridiculously cold) Montreal, Canada. When she's not working, she's sipping on a Pimm's Cup and daydreaming about her celebrity hero, Saint West.
Nostalgia
TV
Nostalgia TV