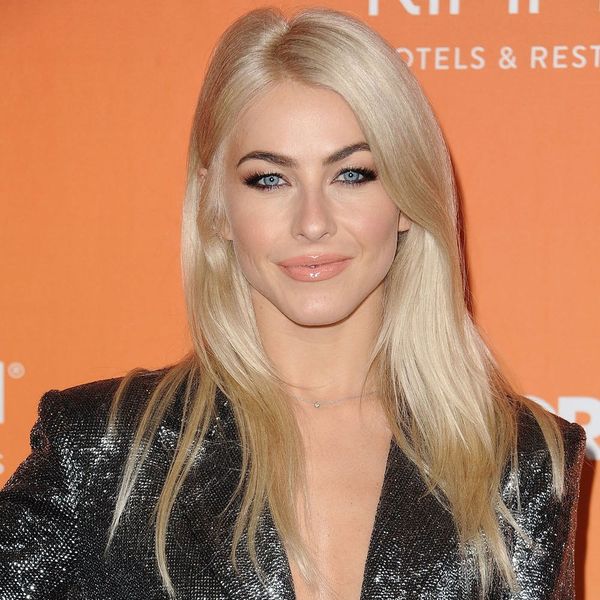 While many of us were eating chocolate or cooking fancy dinners with our S.O.s last night, Julianne Hough took red hot to the next level with a *totally* new hair hue.

🔥 I have never felt more like ME than I do right now!! I have always felt like a red head my whole life, even to the point that I've thought that my future daughter would 100% be a red head! I've seriously talked about doing this for 6 years, ask anyone who knows me...and now that I'm on this new journey, exploring and finding out who I truly am, I said screw it! I feel more feminine and alive and I love it! 🙌🏼 . Thank you to @ambahhh at @ninezeroone for making my hair dreams come true! #divinefeminine #femmefatale #rubyredvalentine

The 29-year-old posted a series of photos on Instagram where she’s rocking firey red tresses — and we love it. We honestly had to do a double take, since the beauty has been various shades of blonde for as long as we can remember.

While going crimson may *seem* like it came out of nowhere, the Safe Haven actress insists it’s a look she’s wanted to try for more than half a decade. “I’ve seriously talked about doing this for six years, ask anyone who knows me,” she shared in the post, adding that she has “always felt like a redhead…even to the point that I’ve thought that my future daughter would 100% be a redhead!”

The star headed to Nine Zero One Salon in West Hollywood for the makeover, where colorist Amber Maynard (who has worked with the likes of Demi Lovato) whipped up the ruby hue. “I had a lot of fun taking this beauty red!” she shared via social media, though — to the disappointment of many people who covet the color for themselves — she hasn’t revealed her step-by-step process.

Though many fans are head-over-heels for the TV personality’s new look, some are already missing the blonde we’ve known since the early aughts. Regardless, the Dancing With the Stars champ doesn’t seem fazed: “I feel more feminine and alive and I love [my new red hair]!”

What do you think of Julianne Hough’s new hair color? Let us know @BritandCo!