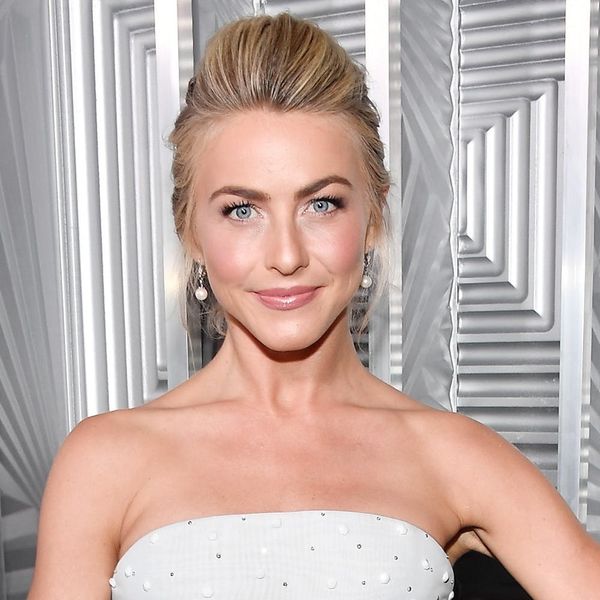 Julianne Hough exudes confidence in everything she does, but even she has moments of self-doubt. The former Dancing With the Stars pro opened up about those moments in a new interview, recalling how she was called fat on one of her movie sets.

Sitting down with Redbook magazine, the 29-year-old recently married star shared, “I was very self-accepting growing up, then something switched in middle school. I would compare myself to everyone…and later I did a film where I basically was told I was fat every day, yet I was the skinniest I’d ever been.”

Hough didn’t reveal which movie she was referring to, but she’s done several films since beginning her acting career at age 11, when she appeared as an extra in 2001’s Harry Potter and the Sorcerer’s Stone. At 22, she took on her next role, playing a dancer alongside Christina Aguilera and Cher in Burlesque. That was followed by parts in movies including Footloose, Rock of Ages, Safe Haven, and the made-for-TV musical Grease Live.

In 2010, she told Self, “It’s funny, I’ve never had an issue with my weight, because I’ve always danced. I could eat whatever I wanted — obviously in moderation — never gain a pound and always have a ripped body. Then I stopped dancing, I did Burlesque, I was busy, I was writing, I was doing a bunch of things, so I never prioritized time to work out, and I still ate whatever I wanted, so I actually gained 15 to 20 pounds like that.”

Introducing our February cover star, Julianne Hough! Click the link in our bio for the secret to her self-confidence, plus why her relationship with husband Brooks Laich is stronger than ever. 💪 ✨

She added, “Then I was like, you know what, I really want to get back to Julianne, how I know I feel the best. It’s not so much about how I look, it’s more like I just feel like Julianne again. I feel healthy, I feel fit, I feel confident, you know what I mean?”

These days, she has a tried-and-true method for dealing with any insecurities that pop up. “Now, when I’m self-conscious, I’ll do something completely crazy or goofy to get out of my own head — something fun that reminds me of the freedom I felt as a kid before all that happened,” she told Redbook.

How do you overcome insecurities? Let us know @BritandCo!