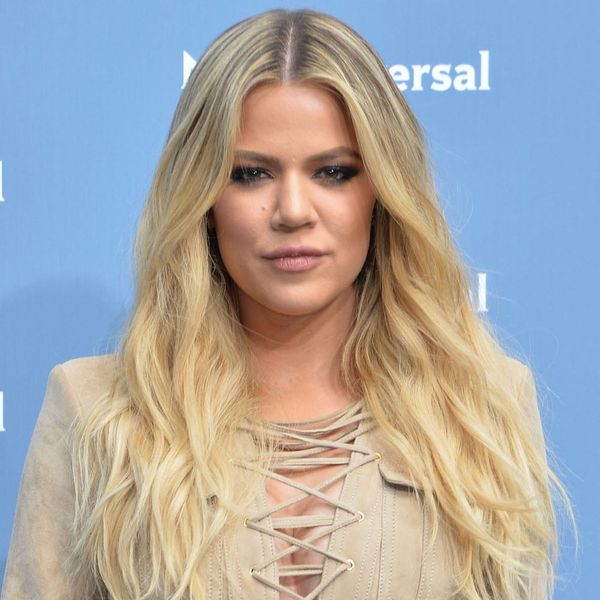 Khloé Kardashian has been pretty open with fans since she officially confirmed last month that she’s having a baby with her partner, Tristan Thompson, but before then, she was adamant about keeping the details of her pregnancy to herself. And there’s a very simple reason for that.

“I just wanted to do something myself,” the 33-year-old told Ellen DeGeneres in a new interview. That’s understandable, of course, especially considering that nearly every aspect of her life — from her career to her self-esteem issues to her relationships — has been out in the open for the public to see for years now.

It wasn’t easy to keep things under wraps, though. “At the beginning, the first trimester is the worst,” she explained. “No one knows you’re pregnant yet and you feel the most uncomfortable. I think once people know you’re pregnant, you get all those excuses.”

Now that she’s at the six-month mark, she’s feeling pretty great. “It’s hard for me to breathe right now, but other than that I’m good,” she quipped. When DeGeneres jokingly suggested that the shortness of breath may have been caused by her tight outfit, Kardashian said something else was the source of her discomfort. “It’s the walk [to the chair]! The baby is on all my organs,” she told the host.

Asked about the message she shared to announce her pregnancy, the reality star said she wanted to “write something that was heartfelt for me.” Mission accomplished!

“My greatest dream realized! We are having a baby!” she wrote at the time. “I know we’ve been keeping this quiet but we wanted to enjoy this between our family and close friends as long as we could privately. To enjoy our first precious moments just us ❤️ Thank you all for understanding. I am so thankful, excited, nervous, eager, overjoyed and scared all in one! But it’s the best bundle of feelings I’ve ever felt in my life! ❤️❤️❤️”

What do you do that’s just for you? Let us know @BritandCo!