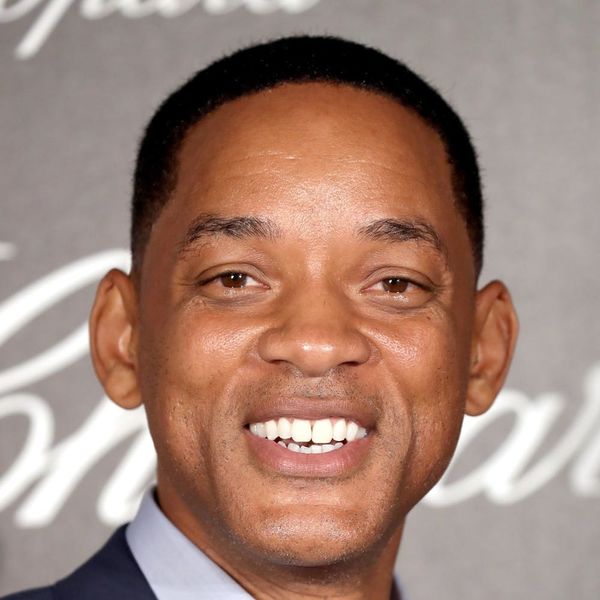 Fans of The Fresh Prince of Bel-Air will no doubt remember late actor James Avery, who passed away in 2013 and is perhaps best known as Will Smith’s lovable but stern Uncle Phil. Though he’s been gone for several years, his memory was recently resurrected thanks to a meme that surfaced in March after Smith went bungee jumping at the Zambezi river in Zambia and shared the GoPro footage on social media.

While the video looks super cool, with the Aladdin actor hanging upside down, fans couldn’t help but notice that he looked an awful lot like the man who once played his TV relative. Now, he’s taking the opportunity to address that resemblance thanks to one brave reporter at a Comic Con press conference to promote his new movie, Bright.

They look the same now! pic.twitter.com/H8EnK1Ftdt

After a Huffington Post writer asked about the now-famous still, saying,”I don’t know if you saw, but a lot of fans isolated one moment where they said you reminded them of…” Smith jumped in right away, finishing his sentence with the words we all longed to hear: “Uncle Phil!”

He then commented on how internet fame has changed the relationship between celebs and fans, telling HuffPost, “It is such a new world. I released my first record in ’86, so I’m over 30 years in the business. … In terms of movie stars, it’s a huge difference. It’s like you almost can’t make new movies stars anymore. … It’s like there’s a certain amount of privacy and there was a certain amount of distance that you had from the audience, and only on July 4th did you have access. So that amount of access created this bigger-than-life kind of thing. But in the shift into this new world, it’s almost like a friendship with the fans. … The shift is to ‘we’re best friends,’ and that’s like with the comments and with those pictures and all that.”

He also addressed recent comparisons to that time he played Ashley’s dad, saying, “That mustache! I hated that mustache. That was so bad.”

Crazy how Will Smith looks exactly like the time he portrayed himself as Ashley's dad. pic.twitter.com/lCLyh2O5bJ

Have you ever been told you look like someone famous? Tell us @BritandCo!

Kat Armstrong
Kat has been a writer, social media maven and mom for longer than she's willing to admit. She's also spent time in front of and behind the camera, interviewing celebs, politicians and acting as a producer for fashion and artistic photography shoots. When she isn't writing for various orgs and publications, she's hanging with her kids, husband and French Bulldog, Peter, in Toronto, Canada.
90s
Celebrity News
90s Nostalgia
More From Celebrity News