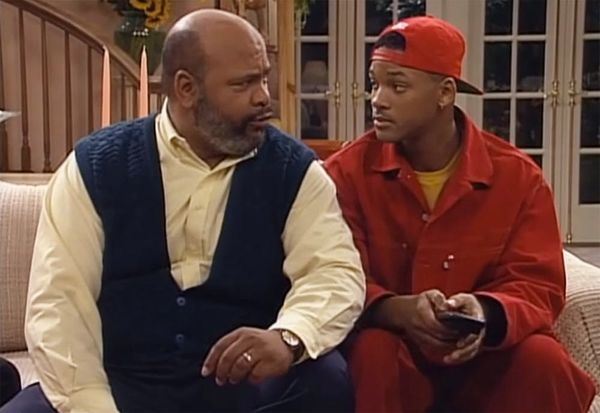 Last week, Will Smith uploaded a YouTube video of him bungee jumping off the Victoria Falls bridge over the Zambezi river in Zambia. Now, that normally would be a headline-grabber, but what has people talking isn’t that he plummeted 364 feet and survived — it’s that as he was doing it, he happened to look a lot like his former TV uncle, James Avery, AKA Uncle Phil. Judge for yourselves:

Will Smith took a selfie while bungie jumping and he looks like Uncle Phil pic.twitter.com/YPWMtsSAOz

And of course, the people of the internet are having a field day. One user on Reddit even riffed off the iconic Fresh Prince theme song, writing: “I like to take a minute just sit right there, I look like Uncle Phill [sic] when I fly through the air.”

They look the same now! pic.twitter.com/H8EnK1Ftdt

Some have wondered if Will would come back as an Uncle Phil-type character in a remake of Fresh Prince of Bel-Air. Considering Will is now older than James Avery was when the series started, it’s not too far-fetched of an idea. But, presumably, he’d have to take time out of his busy bungee-jumping and movie-making schedule to make that happen.

So, does Will Smith look like Uncle Phil? Let us know @BritandCo!

Amanda Buckiewicz
Amanda Buckiewicz is a TV producer and writer based out of Toronto. Her claim to fame is producing live interviews with astronauts on the International Space Station, and getting beat up by a bunch of aerial Asian Carp. She spends a lot of time worrying about climate change, shark conservation, and where to find the best moisturizer for her combination skin.
Nostalgia
Celebrity News
Nostalgia
More From Celebrity News