Disney Has FINALLY Unveiled Its Live-Action “Aladdin” Cast, and Wow 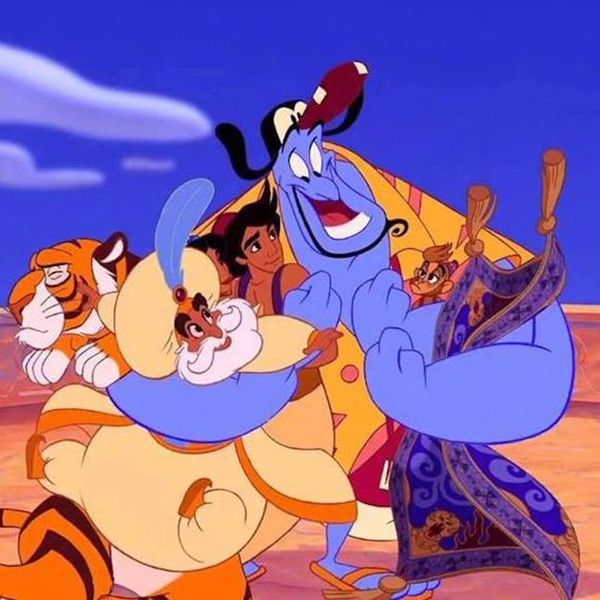 Earlier this week, Disney caused a minor panic across the internet when it was revealed that after 2,000 auditions, the company had failed to come up with a cast for its upcoming live-action Aladdin remake. The long-awaited search is over, however, as the film heads have FINALLY chosen a Jasmine, Genie, and, of course, Aladdin! HOORAH!

The huge news was unveiled at this weekend’s D23 Expo, with two up-and-coming actors and one seasoned vet revealed to be bringing the 1992 animated classic back to the big screen.

Our fearless Jasmine will be played by 24-year-old British-Indian actress Naomi Scott, who you may recognize as the Pink Ranger from the latest Power Rangers movie, which hit screens earlier this year. She’s no stranger to the Disney fam, either, having also starred in Disney Channel’s Lemonade Mouth movie back in 2011, as well as in the series Life Bites, which aired on the Disney Channel UK back in 2008.

As for our new Aladdin, he truly is a fresh face. Egyptian-Canadian actor Mena Massoud’s biggest claim to fame so far has been a short-lived stint on Nickelodeon’s Open Heart series in 2015, but that’s all about to change! Considering that Disney chose him over such renowned actors as Dev Patel and Riz Ahmed, who they were also reportedly interested in, we’d say he’s gotta be good.

Our genie needs no introduction: The torch of the role once played by the late, great Robin Williams will be passed onto none other than legendary actor Will Smith! With his goofy, happy-go-lucky demeanor (Fresh Prince, anyone?), we couldn’t think of a better choice to honor Williams’ memory.

As previously confirmed, Guy Ritchie will direct the film, but we have yet to learn of a release date (though filming will begin in August).

We, for one, cannot WAIT to see these three in action!

What do you think of these casting choices? Tweet us @BritandCo.