Women Are Paying More Attention to Politics Now Than Before Trump 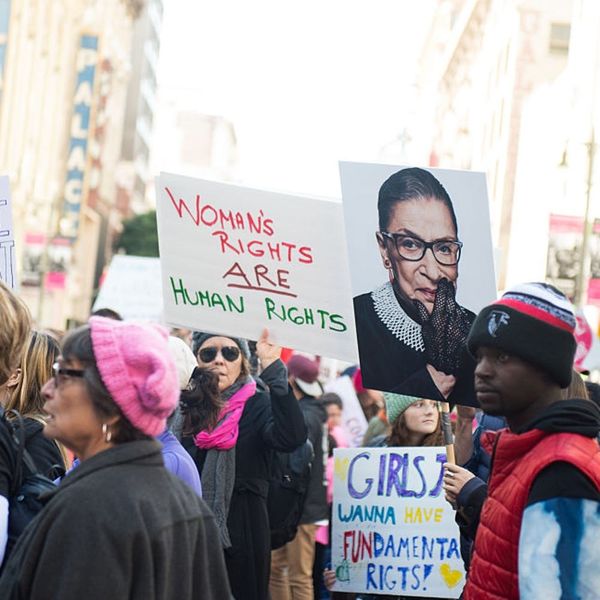 There’s no question that everything about American politics has been weird, confusing, and definitely controversial ever since Donald Trump announced his presidential campaign in 2015. Trump’s election was a major upset for many, leaving Democrats reeling and many minority groups concerned about the future. Now, after seven months of the official Trump era, a new report from the Pew Research Center finds that Americans are paying more attention to politics — but especially women.

Not only are women keeping closer tabs on politics than men, but young women especially are getting out and attending political events in bigger numbers. Pew found that young women who lean Democrat and have post-graduate degrees are turning up to political events and demonstrations: 43 percent of Democrat or Dem-leaning women with advanced degrees said they have attended a political event since the election.

Another detail worth mentioning is that most of the political events survey participants said they had attended were anti-Trump in some way. Among the respondents who said they’d attended a political event, 85 percent said it was “in opposition to Trump or one of his policies.”

The rise in political engagement is encouraging for a future where more women are elected to political office. EMILY’s List, a political action committee that works to get pro-choice, Democrat women elected to office, tells Brit + Co over email that the organization is “thrilled” that more women are getting involved in politics.

EMILY’s List press secretary Alexandra De Luca tells us, “Now more than ever, we need women speaking out and fighting back. Luckily, they are! Women are marching, protesting, calling their members of Congress, joining political organizations, and running for office at historic levels.” De Luca adds that the PAC has heard from more than 16,000 women who are interested in running for office since Trump was elected in November.

The survey indicates an overall growth in attention paid to politics, and more participation in political events. Given the unprecedented and unpredictable nature of the current administration, it’s good to know that people, especially women, are keeping tabs.

Have you been participating in politics more since Donald Trump was elected? Tell us about it on Twitter @BritandCo.