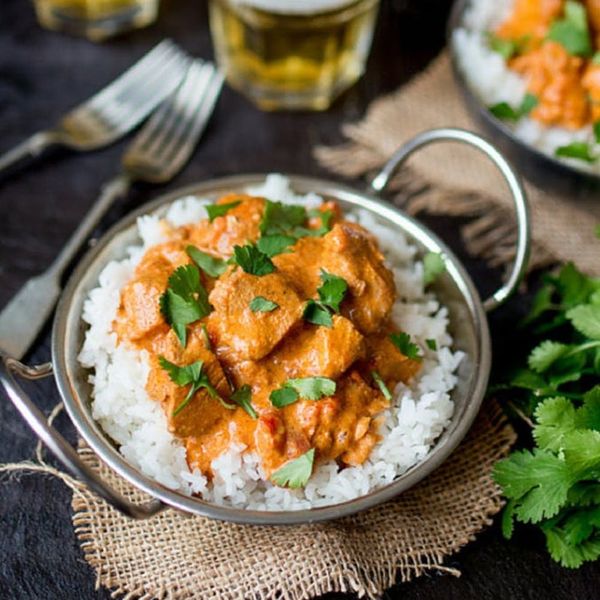 There's nothing like the slow cooker to make dinner easy, but during the week it can still be rough to get a home-cooked meal on the table. Happily, with only 20 minutes of prep required (or less!), these crock pot recipes make cooking practically effortless. Dump in your ingredients and a few hours later you'll be dining in style.

Everything goes in the slow cooker except the egg noodles, which are made on the stovetop just before serving. (via Brit + Co)

Only a little more complicated then opening a can of the condensed stuff, this slow-cooker chicken noodle soup recipe gives you way more bang for your buck. (via Brit + Co)

Rich, smokey, savory, and sweet, baked beans can be a meal in themselves. Just pair with some B&M brown bread and you’ve got dinner. (via Brit + Co)

Cheese gives each bite of these chicken meatballs a ooey, gooey mouthfeel. Top them on spaghetti for a complete dinner. (via 3-Step Slow Cooker Cookbook; photo via Jennifer Blume)

Beer at once flavors and tenderizes the meat in these tacos. Skip the salsa recipe and opt for store-bought to make this recipe even quicker. (via Fiestas: Tidbits, Margaritas & More; photo via Isabella Martinez-Funcke)

You don’t need a grill to enjoy barbecue. The slow-cooker simmers ribs in a tangy sauce until they’re falling off the bone. Blast them under the broiler right before serving to add irresistible caramelized notes to your meal. (via Spicy Southern Kitchen)

Peanut butter makes this chicken rich and saucy. It’s begging to be dished out over a bowl of noodles or fluffy white rice. (via The Recipe Critic)

The secret to these meatballs? They’re not made from scratch — shhh. The ridiculously flavorful, ginger-honey sauce makes up for it. (via The Diary of a Real Housewife)

After 15 minutes of prep and eight hours on low heat, this elegant dinner-party-worthy meal can be yours. (via Recipe Tin Eats)

Citrusy, smokey, and spicy slow-cooked chicken forms the backbone of these tacos. Spoon it into warmed corn tortillas, then add your favorite toppings. (via Half Baked Harvest)

We love how versatile this recipe is. Add the sausage and peppers to hoagie rolls for lunch, mix with marinara for an Italian dinner, and chop up the leftovers to add to your omelet for breakfast the next morning. (via The Life Jolie)

Tender chunks of beef, a complex broth, and loads of savory veggies mean this stew is about to become a staple in your house. (via Food Lovin’ Family)

Salmon needs something to brighten it up. In this case, it’s a zingy lemon sauce that clings to each bite. (via Diethood)

Utterly indulgent baked potato soup is one of our fave hands-off slow-cooker meals. Top your bowl with crispy bacon, sour cream, chives, and (of course) a handful of cheese. (via Well Plates)

Cuban-style shredded beef swimming in a sauce of chiles, tomato, cumin, and oregano is flavorful enough to stand on its own. If you have a little extra time, it’s even better when added to a bowl of beans, rice, and plantains. (via The Roasted Root)

Skip the delivery fees and make a batch of honey garlic slow-cooker chicken this weekend instead. By the time you get back from drinks with the girls, you’ll have a craveable dinner waiting for you in your Crock-Pot. (via Family Food on the Table)

Without meat to add a savory depth of flavor, lots of vegan dishes benefit from a low and slow cooking time. It gives the ingredients and spices an opportunity to meld together, creating a fully developed flavor profile that will make you forget about meat. (via Delish Knowledge)

Once you give these pork and pineapple tacos a try, you just may find yourself craving them over and over again. Good news for you, making the meat in a slow-cooker means they’re practically effortless to whip up. (via Gimme Some Oven)

It takes less time to throw together this chicken than it would to head to your local take-out joint. (via Kitchen Sanctuary)

You will have eight servings of chicken enchilada soup to eat or save for later when you make this recipe, prepped in 10 minutes or less. (via Diethood)

It doesn’t get easier than a four — yes four!! — ingredient dinner. Just combine egg noodles, Campbell’s cream of mushroom, yogurt, and beef, and then let it stew! (via Brit + Co)

A little cooking wine can go a long way! This tasty and very simple slow-cooker recipe will keep you healthy without the cooking stress. (via Brit + Co)

The only thing better than stovetop mac is the slow-cooker version. It’s hard to believe that our favorite comfort food could be even creamier and cheesier. (via Brit + Co)

A lazy Sunday *always* calls for a protein-packed and very vegan spin on the classic. (via Little Spice Jar)

Get stacked with delectable layers of cheese, beans, corn, and fresh veggies for the simple and very tasty dinner win. (via Damn Delicious)

Looking for a meat-free alternative to this heaty, slow-cooked sauce? Lentils are the just the protein-packed and substantial answer you’ve been looking for! (via Simply Whisked)

Summer or winter squash work in this Indian dal dish that’s as eclectic as it is easy. (The Girl on Bloor)

A complete salmon dinner in under 30 minutes? Yass, please. (via Food Network/Brit + Co)

This chicken, carrots, mushrooms, and sweet and salty sauce combo is just the quick, weeknight ticket to yummy. (via Well Plated)
From Your Site Articles
Back

What's the best thing to cook in a crock pot?

vote
Justina Huddleston
Justina Huddleston is a food writer living in Los Angeles. When she's not busy writing, she spends her time in the kitchen creating both virtuous and decidedly junky vegan food. Buffalo chickpea pizza, anyone? She's also been known to eat a plain block of tofu or beans straight out of the can for lunch, but somehow those culinary adventures don't make it to her Instagram. You can follow Justina on Twitter or see what's cooking in her kitchen on her blog, A Life of Little Pleasures.
Crock Pot Recipes
Recipes
Comfort Food Recipes Dinner Recipes Recipe Roundup Slow Cooker Recipes Crock Pot Crock Pot Recipes recipes
The Conversation (2) These are amazing recipes, we cook them all the time for the kids 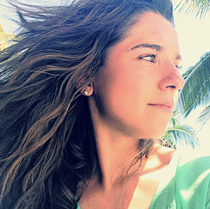 You had me at crockpot. I need every extra bit of time these days i can get haha. The chicken enchilada soup is my favorite, my husband thinks I'm a chef now. Going to try the beans this weekend!