Don’t Fall for These 5 Myths About Women and Weightlifting 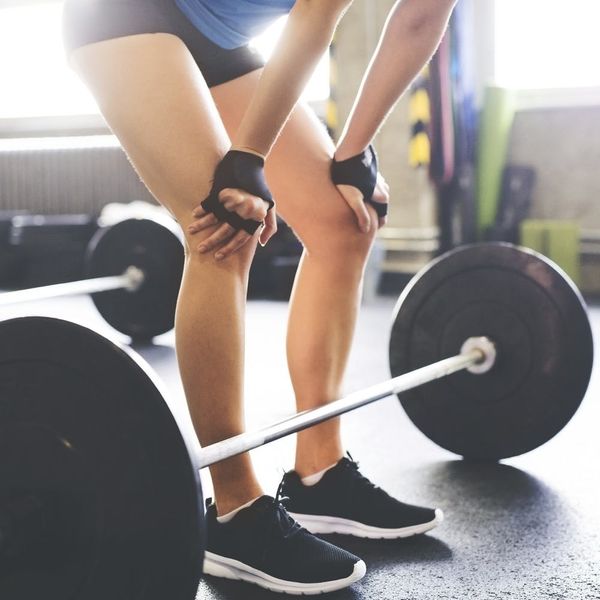 If you’d never consider owning a set of free weights or consistently steer clear of the weight room at the gym, you probably do so for a reason. Perhaps you’ve fallen prey to one (or more) of several commonly held false beliefs about women and weightlifting. And who can really blame you? After all, in the grand scheme of things, strength training has only become common for women relatively recently. It’s not like most of us have heirloom weights passed down to us by our mothers and grandmothers. For first-generation gym-goers, lifting can feel like pretty uncharted territory. To clear up the confusion around women and weightlifting, we chatted with the experts to debunk several false beliefs.

1. Weightlifting is just for men. With the age-old masculine pursuit of strength — and the history of male domination in bodybuilding — it can be easy to believe that lifting weights isn’t very feminine. But according to Rachel Straub, M.S., Certified Strength and Conditioning Specialist and author of Weight Training Without Injury, “Weightlifting is for both men and women.” Straub notes that strength training provides numerous benefits that certainly aren’t limited by gender, including better posture, reduced risk of injury, healthier bone strength, and improved athletic performance. “This is why the American College of Sports Medicine advises all healthy adults to weight train at least two days a week,” she says.

2. It’ll make you bulk up like an action figure. Don’t want your workouts to make you look like He-Man? Don’t worry. Weight lifting doesn’t necessarily lead to an action figure bod of rippling calves and Hulk-Smash arms… unless you seriously pursue that goal. “It’s very hard for women to get bulky when they lift weights,” says Straub. “Women don’t have the high testosterone levels that men do, which are needed to add muscle mass. Plus, the amount of weightlifting that needs to occur to build massive muscles is hours a day, every day, for many years.”

3. You’ll get hurt. We’ll grant that lifting something the size and heft of an anvil can potentially be dangerous. Haven’t we all seen the fail videos where something goes terribly wrong with weights? But when it comes to weight training, injury tends to happen because of improper form, not the weights themselves. “Any exercise can be dangerous if you don’t take the right precautions,” says Stephanie Blozy, M.S. of Exercise Science and owner of Fleet Feet athletic apparel in West Hartford, CT. “Like rock climbing or even Pilates, it’s best to learn the basics — especially form, since it’s paramount to staying safe — from a professional first.” If you’re looking to begin a weightlifting practice, start right with the supervision of a trainer so you can eventually lift safely on your own.

4. You’ll have to go protein-crazy. Don’t buy into the hype that once you start lifting, your body suddenly needs a macronutrient overhaul. Yes, weightlifting breaks down tissue in order to build muscle — and yes, protein is what builds this muscle — but according to the Academy of Nutrition and Dietetics (AND), “While athletes’ protein needs are greater than that of non-athletes, they’re not as high as commonly perceived.”

5. You’ll have to do it all the time to see results. Like any other form of exercise, you do of course have to make strength training a habit for maximum benefit. Still, you may not need to hit the weights as often as you think to see results. “You don’t need to lift all the time!” says Straub, mentioning that two days a week is advised, but that other factors like diet and the design of your weightlifting program also have a major influence on the sculpting and toning of your physique.

Intriguingly, some research even indicates that just one day of lifting per week could yield results. A study of older adults in the British Journal of Sports Medicine found that, as long as participants lifted “to muscular fatigue,” they improved their strength just as well with once-weekly strength training as with lifting twice a week. It may not be an excuse to go too easy with your workouts, but it’s certainly encouraging to know that even starting small can lead to significant gains.

Sarah Garone
Sarah Garone is a mom, wife, nutritionist, and freelance writer in Mesa, AZ. She loves music and travel, speaks fluent German, and does a lot of running (to counterbalance the surprising amount of cookies she eats for being a nutritionist). Find her sharing great recipes and helpful nutrition info at A Love Letter to Food.
Fitness
Health
Fitness Womens Health Workouts
More From Health