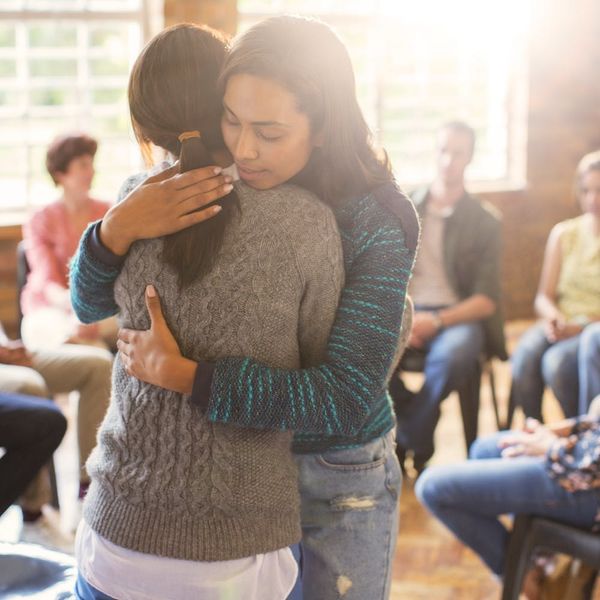 As it currently stands, women are twice as likely as men to be diagnosed with depression. Anxiety, which I like to think of as depression's sinister first cousin, is also more common among women than men. In fact, women are likelier to experience three or more simultaneous mood disorders than men are, to an extent that we are seriously limited in our ability to function day to day.

The fact is that, as much as medical research pushes forward to glean more insight about depression and mood disorders, there's a lot that scientists still don't know about the brain science behind depressive symptoms. What we do know is that depression can be sparked, or made worse, by an experience of trauma. Another thing we know is that women experience certain kinds of trauma more frequently than men. It turns out that a little thing called patriarchy is harmful to our health.

Don't just take our word for it. According to the WHO:

Depression, anxiety, psychological distress, sexual violence, domestic violence and escalating rates of substance use affect women to a greater extent than men across different countries and different settings. Pressures created by their multiple roles, gender discrimination and associated factors of poverty, hunger, malnutrition, overwork, domestic violence and sexual abuse, combine to account for women's poor mental health. There is a positive relationship between the frequency and severity of such social factors and the frequency and severity of mental health problems in women. Severe life events that cause a sense of loss, inferiority, humiliation or entrapment can predict depression.

The WHO reports that an estimated 80 percent of the 50 million people worldwide who are affected by violent conflicts, disasters, and displacement are women and children. The lifetime prevalence rate of violence against women is between 16 and 50 percent. And at least one in five women will experience a rape or attempted rape over her lifetime.

Here at Brit + Co, we're taking this World Mental Health Day — and every day — to get serious about expanding the discussion on mental health. By sharing our stories, research, experiences, and facts, we're hoping to do our part to shatter stigma, further scientific breakthroughs, and tackle the depression epidemic once and for all.

Talk to us. Let's have a conversation.

Tell us your #WorldMentalHealthDay story @BritandCo.

This article was published in October 2018 and has been updated.