WTF: Ed Sheeran Hit Justin Bieber in the Face With a Golf Club 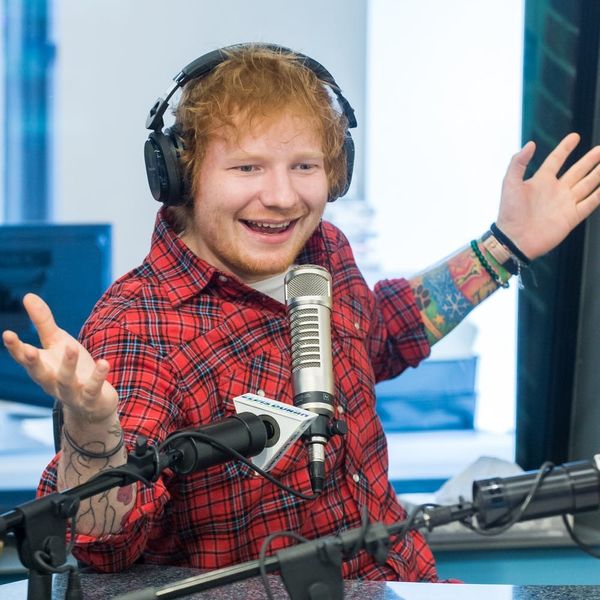 Ed Sheeran mostly comes across as a pretty friendly dude (just ask Katy Perry) and A+ boyfriend material (just ask his girlfriend). And while he and Justin Bieber are friends and sometimes-collaborators, it turns out that Sheeran once hit Bieber in the face with a golf club. If that sounds awful, the details of this story are absolutely brutal!

While sitting down with the Guardian, Ed Sheeran revealed that he and Justin Bieber decided to indulge in a little golf one night while hanging out together. While this seems like a totally normal thing for a couple of buddies to do, the sitch was made a little livelier by the fact that Sheeran admits that he was quite drunk at the time. And that’s not all.

“We were in Japan. We’d been out to a dive bar. He just drank water and I got hammered. Then we went to a golf course,” Ed Sheeran began his story. And while they could’ve merely enjoyed a sloppy game together, he continued, “[Bieber] lay on the floor and put a golf ball in his mouth and told me to hit it out of his mouth.” SMH!

Apparently, Sheeran had enough sense to realize that accuracy was important (“I was like, ‘F—k, I need to aim this properly”), however, he was also WAY too drunk to have any sort of accuracy at all. “I swung. And you know in films when someone gets punched, and you hear that fake sound, like a slap? But in real life when someone gets punched, you hear that dull thud, a bit sickening?… I’d cracked Justin Bieber right in the cheek with a golf club.” Yikes!

Though Bieber obviously didn’t suffer any permanent damage, this should stand as a warning: Never golf off of someone’s face, especially if you’re super drunk.

Have you ever done something epically misguided while, er, not totally sober? Let us know @BritandCo!