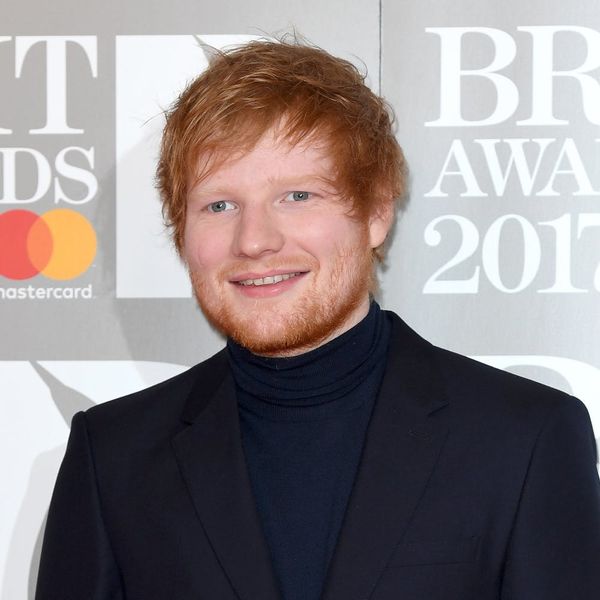 Poor Taylor Swift! While we’ve been wondering if her famous #girlsquad is falling apart (which was seemingly confirmed when one of its most famous members totally bailed), now it looks like it’s more than just the gals that are stepping away. That’s because Ed Sheeran, one of Tay’s besties, has apparently bonded with Swift’s famous feuding foe, Katy Perry.

While Taylor Swift has stepped back from the spotlight for the time being (we can only hope to work on her next album), her enemy (too harsh?), Katy Perry, has been busy launching a new song, performing, and making the press rounds.

When Perry stopped by BBC Radio 1 for a pre-Brit awards interview, her session was crashed by Ed Sheeran himself. Plenty of teasing ensued, as the pair reminisced about their initial meeting back in the day. They went on to bond over their various Grammy losses with Katy noting (in a fake British accent, natch) that since they both have music out ATM they’ll both be up for awards next year. “We’ll be in the same Grammys cycle together!”

It looks like there will be plenty of more opportunities for these new friends to hang. But again, poor Taylor.

Watch the new besties in action in the full interview below.

What do you think about Ed Sheeran hanging out with Katy Perry? How far should loyalties lie when it comes to friendship? Let us know @BritandCo!