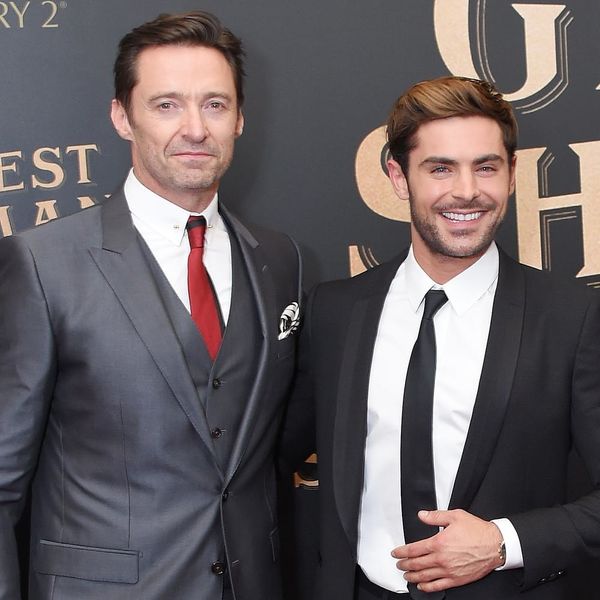 Zac Efron may have suffered an embarrassing trapeze collision while filming The Greatest Showman with the fabulous Zendaya, but that’s nothing compared to the incredibly scary cycling accident he survived with their costar Hugh Jackman.

During a chat with Jackman and Zendaya on The Graham Norton Show, the 30-year-old actor said that he and the Logan star decided to head out for a bike ride while in the UK. It sounds fun enough, but as Efron revealed, things quickly went south.

“I cycled with him in London, but I’m not one to ride a bike early in the morning in traffic, so it turned out to be quite dangerous,” he admitted. Given the circumstances, he probably should have pulled over to avoid harm’s way — but instead he inadvertently cycled right into it.

The Baywatch star went on to explain how he ended up in a near-death situation, saying, “I followed Hugh around a few cars and suddenly there was a double decker bus right in front of me. I slammed on the brakes, went under the front tire, and narrowly missed death.”

While Efron is obviously okay and didn’t suffer any permanent damage as a result of his close call — and he now has one heck of a story to tell — this is a good reminder to him (and everyone else, TBH) to be extra cautious when on the roads.

Have you ever had a close call? Let us know @BritandCo.