10 Things Muslim Girls Want You to Know About Islam 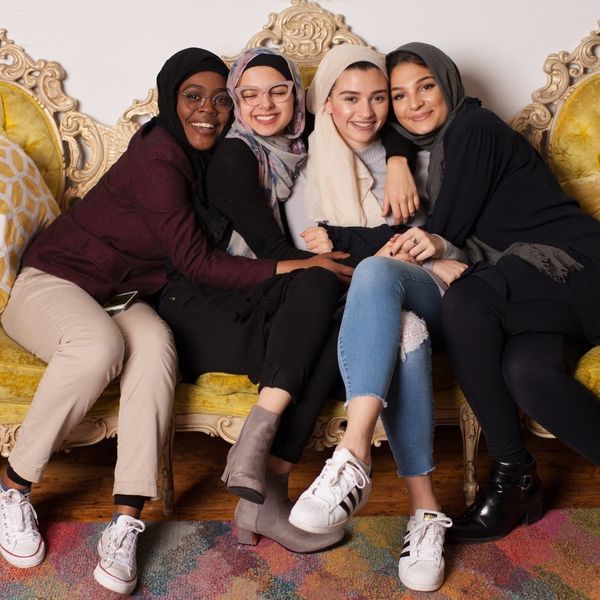 This article is part of our B+C Community Voices project, which aims to share women’s different views on their own lives in their own words. In celebration of Muslim Women’s Day on March 27, Brit + Co is highlighting the real stories of Muslim women. This comes from Aya Khalil, who is a writer for MuslimGirl.com, a freelance journalist, and holds a master’s degree in Education.

We often read some interesting stories about Muslims and Islam nowadays. People are so quick to share articles and videos without confirming the source, but many of these often turn out to be untrue, especially when it comes to Muslims. Here are some important facts Muslim girls would like people to know about Islam.

1. Muslim women were given the right to vote more than 1,400 years ago. Historical records show that Muslim women were not only active in politics and exercised their right to vote, but also held high positions in state affairs, such as Al-Shifa bint Abdullah, who was a public administrator and advised male leaders during that time.

2. The first word that was revealed from the Quran was “read.” Islam was literally spread through education, not by the sword as others love to claim. The Quran revealed: “Read in the name of your Lord and Cherisher, who created…” (96:1). Women have equally been granted the right to education in Islam. In fact, prophet Muhammad (peace be upon him) said that it is a duty among every Muslim to seek knowledge and never prohibited a girl from going to school. Did you know that Fatima Al-Fihri was the first woman who founded the first university?

3. Islam means submission. You often see people claiming that Islam means “peace.” Although the word Islam is derived from the root word of the word peace, Islam means to submit, more specifically, to submit to God.

5. Daughters are greatly valued in Islam. Before Islam was revealed, Arabs would bury their girls alive. The Quran denounced that practice, and verses in the Quran say that both boys and girls are gifts from God.

6. Muslims believe in Jesus and other prophets such as Adam, Noah, Abraham, and Moses. They are all highly respected in the Islamic faith.

7. Islam values all living beings, including humans, animals, and insects. In fact, there’s a famous story during prophet Muhammad’s (peace be upon him) time when a prostitute passed by a thirsty dog so she took off her shoe and filled it with water to give to the dog. Her sins were forgiven because of that deed.

8. Repentance in Islam is very simple. It’s human nature to sin. Even big sins in Islam (like consuming alcohol, for example) can be forgiven by repenting to God and asking for forgiveness.

9. One of the most powerful women in Islamic history was Khadija, prophet Muhammad’s wife. She was a successful businesswoman and also the first person to accept Islam.

10. Don’t mix culture and religion. Islam gave women many rights over 1,400 years ago. However, many Muslim-majority countries nowadays unfortunately do not practice those rights. It’s important to distinguish between culture and Islam and to follow the true Islamic teachings rather than misogynistic cultural practices.