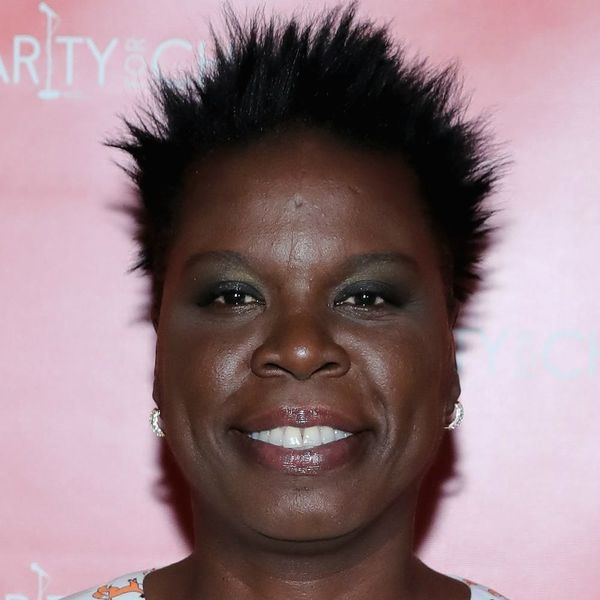 Leslie Jones has been in the comedy game for a while, though she became a household name fairly recently with her breakout presence on Saturday Night Live and role in this year’s Ghostbusters remake. This month she proved to anyone who didn’t already know it that she’s got even more tricks up her sleeves: Her tweets following the Olympics, and especially the successes of Team USA, have been a pleasure to behold.

From marvelling at the strength gymnasts need for performing on the rings to supporting swimmers, Leslie has been all over the Olympics since they began last week. And while she’s focused on the US athletes, she’s been happy to show some love to competitors from other countries as well. Overall, Leslie’s Twitter feed has just been one excited, encouraging space.

Two of the tweets that started it all, showing everyone the kind of enthusiasm she’d be bringing to her impressively comprehensive live-tweeting (seriously, which events haven’t Leslie covered?):

Ok seriously I'm so silly. We gonna have fun during the Olympics y'all. I love the olympics!! pic.twitter.com/AL3CjniHZx

After Ginny Thrasher scored the first gold medal for the US, Leslie was as thrilled as the rest of us:

Yep we got us a medal Ginny Thrasher shooting that rifle! pic.twitter.com/0CzPxk1TS2

And here’s some of her output while watching the USA women’s gymnastics team. You can tell how nervous she is for them!

To be young again pic.twitter.com/wiF1lqTdqo

Leslie says what we’re all thinking about soccer.

I would terrible at this game pic.twitter.com/ixppSPS34T

Perhaps it was Leslie’s good-natured ribbing of Bob Costa’s commentary, as seen below, that caught the eye of NBC execs. In any case, she was invited down to Rio to participate in the network’s coverage, and she’ll be joining in today.

I'm sorry in advance but this is the OLYMPICS!!! pic.twitter.com/jwwADf04So

I need to be there now dammit!!! pic.twitter.com/u77rKYEZYU

The excitement in her tweets is sure to increase once she’s at the Games, especially because she’ll be seeing events live and meeting athletes! And we already know Leslie is a magnetic presence on camera, of course, which makes the promise of watching her cover events even better. She’s going to give Bob Costa a run for his money.

If we were down there competing, one thing’s for sure: We’d want a pre-game pep talk from Ms. Leslie Jones.

What’s your favorite part of the Olympics? Let us know @BritandCo on Twitter!

Tannara Yelland
Tannara is a freelance writer and editor, an occupation perfectly suited for her affection for drinking too much coffee and keeping odd hours. She usually writes about politics, economics, and pop culture. Some day she will put to use the hundreds of hours she's spent watching Say Yes to the Dress and write THE definitive analysis of the show.
Olympics
Pop Culture
Olympics