5 Times Leslie Jones Was Real AF, No Matter the Consequences 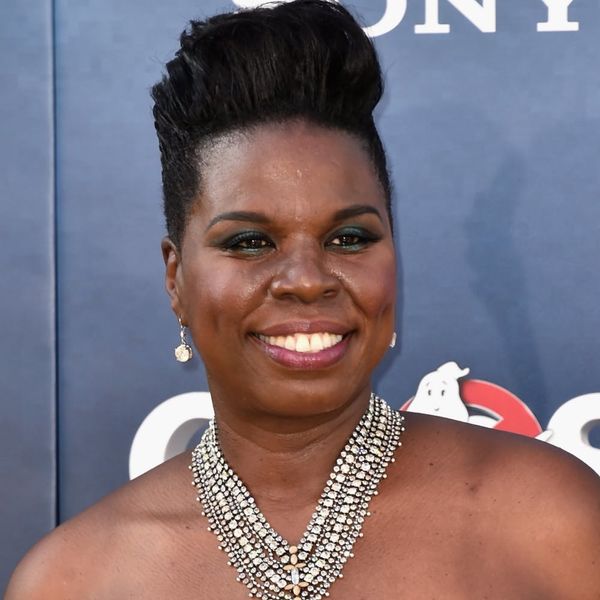 Before its premiere, the new Ghostbusters movie was already attracting controversy. Many people (men, mostly) had very strong opinions about the new ghostbusting team being all women, and some of the stars had some choice words to say to their haters. But after the film’s premiere, comedian and Ghostbusters co-star Leslie Jones found herself the target of a different type of vitriol on Twitter, and — like many other celebrities before her — considered quitting social media altogether.

I use to wonder why some celebs don't have Twitter accts now I know. You can't be nice and communicate with fans cause people crazy.

Jones decided, instead, to stand up to her racist trolls and retweet some of their vilest comments to hold them accountable. In doing so, she got the attention of Twitter CEO Jack Dorsey, who met with Jones and later admitted to investors that the social media giant NEEDED to do a better job of keeping users safe. Holla, Leslie!

This whole saga cements a place in our hearts for Jones but, tbh, she already had a spot there because of how she is ALWAYS unapologetically herself. We rounded up a few of Jones’ other kickass moments:

It's so funny how there are no designers wanting to help me with a premiere dress for movie. Hmmm that will change and I remember everything

1. Leslie’s dress-gate: This is another incident that played out on Twitter last month when Jones called out the fashion world for not stepping up to dress her for the Ghostbusters premiere. Thankfully, Christian Siriano (AKA the only designer with a career post-Project Runway) stepped up and delivered.

2. She fan-girls, just like us: Earlier this month, she went on Live With Kelly to promote Ghostbusters, and spent the beginning of her interview gushing over Kelly Ripa’s All My Children role.

3. She tells it like it is, no matter who she’s talking about: Lorne Michaels, creator of SNL, is also known as the gatekeeper of comedy. The lore behind Lorne is that the man can make or break a comedian’s career, which is why it was so ballsy of Leslie to yell at Lorne during her audition for the show. “I got onstage, took the mic out of the stand and went, ‘Nope. Y’all are gonna have to move up to where I can see you.’ And Lorne got his ass up and moved,” she told The New Yorker. (Photo via Jamie McCarthy/Getty)

4. She loves Game of Thrones: This bit with Seth Meyers pretty much confirmed that Leslie Jones can make anything funny. Like us, she hums along to the Game of Thrones theme song, she wants a dragon for her birthday and she celebrated as heartily as we did about Sansa’s revenge. The only thing she does differently than we do (okay, better than we do) is the hilarious running commentary she provides for the show.

5. She worked a lot of odd jobs before becoming famous: This is including, but not limited to, a stint as a Scientology telemarketer. Luckily, Jones is unafraid to be honest about it. “I lived in Glendale, I needed to pay the rent and it was a very easy interview — I just acted crazy,” she told Ellen in a recent interview.

What are your favorite Leslie Jones moment? Tell us over @BritandCo!