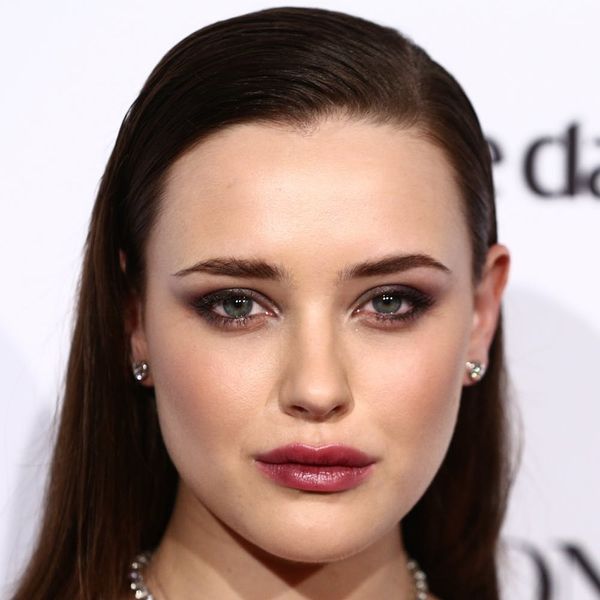 The RL Hannah Baker has a whole new look! Katherine Langford, who was catapulted into fame with her debut television role as the lead character on the ultra-popular Netflix drama 13 Reasons Why, has just ditched her signature curly brunette lob, and the star’s new look will definitely take you by surprise.

Langford, 21, was spotted on the set of upcoming sci-fi flick Spontaneous wearing a T-shirt, jeans, sneakers — and a whole head of long, bleach-blonde hair that had us doing a double take. Seen both standing in the woods and struggling as she’s carried away a group of men in white suits with her platinum tousled ‘do, there’s no trace of the fictional teen we came to know and love.

In her place, we see Mara Carlyle, a teen struggling to get to the bottom of a mystery that involves the spontaneous combustion of her classmates (yes, really!) alongside Granite Flats alum Charlie Plummer (Dylan).

Langford isn’t the first 13 Reasons Why alum to go from one end of the hair color spectrum to the other: Just two months prior, executive producer Selena Gomez did the same while making her first post-surgery appearance at the American Music Awards.

Kudos to both ladies for going for bold!

What do you think of Katherine Langford as a blonde? Tell us @BritandCo!