5 Races to Watch if You Care About Immigrant Rights 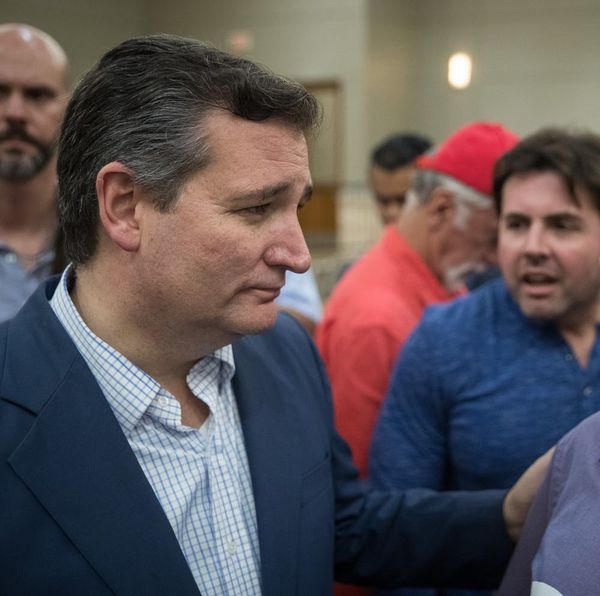 Democrats are counting down the days until November 6, the next opportunity to head to the ballot box and vote for their preferred candidates. Immigration, always a controversial issue in major elections, has taken on a massive sense of renewed urgency under the Trump administration, which has at every turn sought to harm both undocumented and documented immigrants.

Heading into midterms, a vast number of incumbent GOP candidates in particular have terrible reputations on immigration, and are running in areas where they’re expected to win. Here’s a look at five midterm candidates for Congress who pose major threats to immigrant rights, particularly under Trump.

Steve King was first elected as the representative for Iowa’s 4th Congressional District in 2012. King has always been a hard-line conservative, and has accelerated his xenophobic and anti-immigrant rhetoric since Trump’s election. The Huffington Post has painstakingly covered the many times King has promoted white supremacists and white supremacist talking points on his Twitter account. What’s worse: The GOP has done nothing to condemn King’s racism.

King has recently made comments such as “Diversity is not our strength,” and said the government should use funding for SNAP (sometimes still called food stamps) to fund a border wall on the US-Mexico border.

Texas senator Ted Cruz has been in office since 2013. Cruz likes to tout the fact that his father is an immigrant from Cuba to appear softer on immigration, but Cruz has for years supported hard-line anti-immigration positions. For example, Cruz condemned other Republicans in 2017 after they briefly considered renewing policy that protects Dreamers from being deported. He has also opposed a path to citizenship for Dreamers.

When news of mass family separations at the US-Mexico border emerged this summer, Cruz initially supported the Trump administration, then backtracked and suggested an alternative policy. This policy, too, garnered criticism from immigration advocates.

Devin Nunes has represented California’s 22nd Congressional District since 2003, and has always taken an anti-immigration stance. Nunes has voted to support building a fence along the southern border, and voted yes on a measure that prevented using state funds to alert Mexicans as to the whereabouts of “Minutemen,” an anti-immigrant militia that patrolled the border for immigrants attempting to cross into the US.

More recently, Nunes joined dozens of House Republicans in voting yes on a bill that would drastically reduce legal immigration to the US. The bill ultimately failed, but the vote demonstrates Nunes’ commitment to reducing even legal immigration.

Louie Gohmert began his career as the representative for Texas’ 1st Congressional District in 2005. Gohmert has an “A+” rating from NumbersUSA, an anti-immigrant group. Gohmert has consistently voted in favor of policy that would lower the overall number of immigrants to the US, and against policy that offers protections for immigrants.

Under the Trump administration, Gohmert has introduced legislation that would end birthright citizenship, and has voted against providing amnesty to undocumented people fleeing persecution abroad.

John Ratcliffe is the Republican incumbent running for re-election to represent Texas’ 4th Congressional District. Ratcliffe boasts that he is “a former US attorney whose work led to the arrest of more than 300 illegal aliens in a single day,” and has long advocated for “securing our borders” over and above immigration reforms that offer protections for immigrants. He is also a staunch opponent of amnesty.

Are you worried about immigrant communities and not registered to vote? Get registered now!