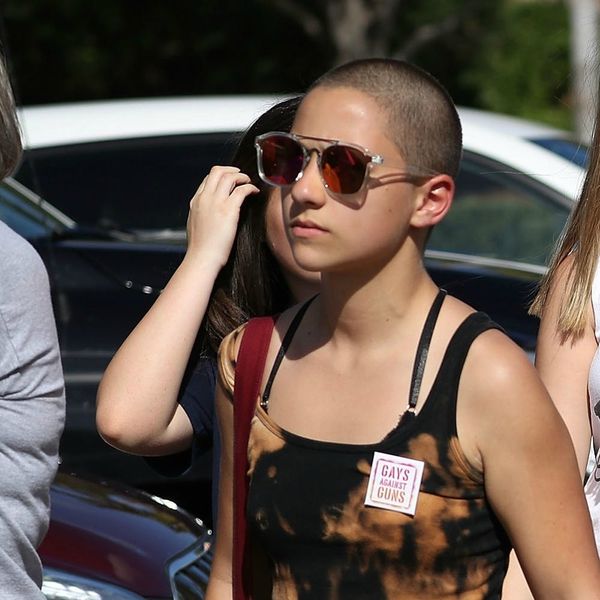 In the weeks following the deadly school shooting in Parkland, Florida on February 14, the outspoken Gonzalez has emerged as a figurehead in the youth-driven movement to demand gun reform. Gibson’s mocking remarks about the teen are precisely why Gilchrist says she has opted to run against him in his previously uncontested district.

Eryn Gilchrist is stepping up to challenge Les Gibson, who called a Parkland survivor a "skinhead lesbian," because she knows Maine people deserve leaders who show respect and work through differences to make lives better. Go Eryn! #mepolitics https://t.co/rVSdSad7Dd

In an interview with The Sun Journal, Eryn Gilchrist said she was horrified to hear Gibson’s attack against the 17-year-old activist. His vitriolic comments made her realize she needed to step up against the GOP candidate, who had no opponents before this week.

“I never thought I would run for office, and I was perfectly content with just remaining a member of the community, but after reading Mr. Gibson’s comments I thought that the people of Greene and Sabattus deserved a representative who will respect people and try to work through their differences to make our lives better,” Gilchrist said in a statement released by the Maine Democratic party.

Hey freinds in Maine! Who wants to run against this hate loving politician he's is running UNOPPOSED RUN AGAINST HIM I don't care what party JUST DO IT. https://t.co/vRR7p1ZHKf

Students from Parkland helped amplify Gibson’s attack on Monday, tweeting screencaps of his comments and asking those in Maine eligible to run to step up and help ensure that the candidate not get elected.

“Hey freinds [sic] in Maine,” tweeted Parkland student activist David Hogg. “Who wants to run against this hate loving politician he’s is running UNOPPOSED RUN AGAINST HIM I don’t care what party JUST DO IT.”

Hogg was also attacked by Gibson in the weeks following the attack on his school. When Hogg appeared on television accusing politicians of being under the financial influence of the NRA, Gibson lashed out at the youth, calling him a “bald-faced liar.”

Kat Armstrong
Kat has been a writer, social media maven and mom for longer than she's willing to admit. She's also spent time in front of and behind the camera, interviewing celebs, politicians and acting as a producer for fashion and artistic photography shoots. When she isn't writing for various orgs and publications, she's hanging with her kids, husband and French Bulldog, Peter, in Toronto, Canada.
Controversy
Politics
Controversy Teens
More From Politics