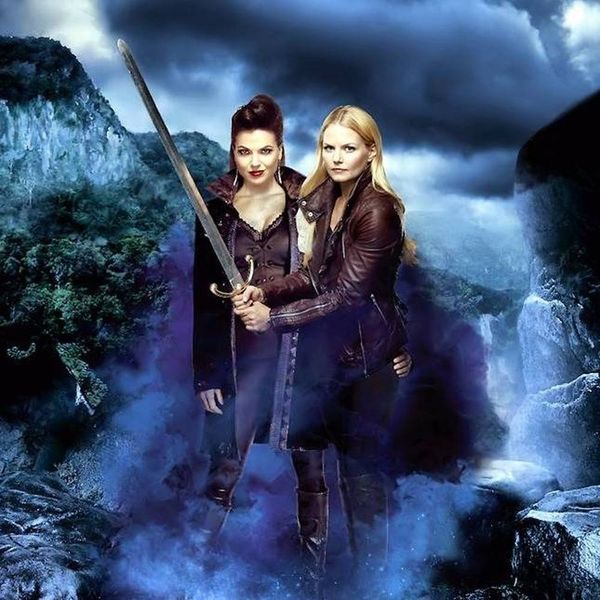 Ever since Emma Swan arrived in Storybrooke, things haven’t been the same. Thankfully, now that OUAT is out of hiatus and airing again, you might find yourself reminded just how much you love shows like it. Having to wait for episodes week by week can be excruciating. Here’s what to watch in between episodes.

Take Harry Potter, swap out the children for adults, and make it way darker throughout, and you have The Magicians, a fantastical show based on a trilogy of books. Quentin has spent his whole life believing in magic and desperately hoping that it’s real. Convincing Julia (and hiding the fact that he’s in love with her)? That’s gonna be difficult. Until he finds himself attending a magical university, that is. Prepare to meet some of the quirkiest characters you’ve ever laid eyes on — and swoon over a few of them too. Watch it on Netflix. (Photo via Syfy)

Oliver Queen is the quintessential reformed playboy. But the reformation process is far from ordinary. Stranded on the island Lian Yu (also called Purgatory) for five years after his father’s yacht sank, Oliver had to fight for his life daily. When he finally makes it back to Starling City, he can’t seem to stop fighting to protect himself. But now he has other people to protect too. He can’t do it as Oliver Queen though; he has to become the Arrow. Watch it on Netflix. (Photo via The CW)

If you haven’t watched Game of Thrones yet… well. Here’s the skinny. Warring kingdoms, dragons (and their mother), incest among royalty, nudity, violence, swords, horses, fantastic costumes, monsters, a seriously badass blind girl… did we miss anything? Follow the Starks, Lannisters, et al. on their adventures. You’ll thank us. Watch it on HBO Go. (Photo via HBO)

Putting together all the pieces is what Bones is all about — literally. Dr. Temperance Brennan, affectionately known as Bones, is a forensic anthropologist at the Jeffersonian. She helps solve crimes by inspecting bodies and cataloging evidence. It’s not all about the science, though; there’s also friendship, love, betrayal, and loss. And did we mention epic plot twists? Yeah, those too. Watch it on Netflix. (Photo via Fox)