4 Shows to Watch Immediately After the Pretty Little Liars Finale 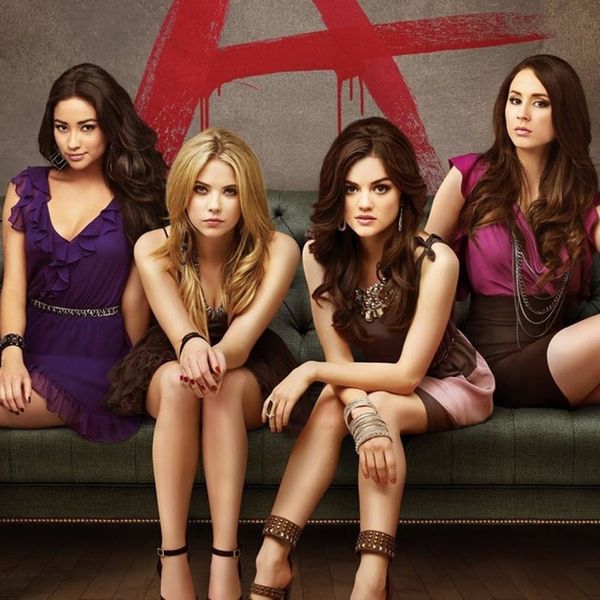 Once you start watching Pretty Little Liars, it’s near-impossible to stop. The show has so many twists and turns and questions that you diligently tune back in week after week to discover what really happened. And after the season finale earlier this week, we’ve got more questions than answers. Although the show will officially be ending for good next year, just remember: We’ve been promised that the show will finally reveal EVERYTHING, and all the mysteries will be resolved. Here, we’ve got four more shows to bide you over until we finally find out the answers to all of our burning PLL questions.

This Freeform show about a summer camp turned very, very wrong should delight all PLL fans who thrived on seeing teenagers thrown into very adult situations. And by adult situations, we mean being stalked by terrifying unknown beings and dealing with murder. Yeah, typical teen stuff. You can stream it now from Hulu. (Photo via Freeform)

This MTV spin-off of the ultra-successful scary movie has a lot of the same defining features as PLL. It’s set in a small town called Lakewood and follows a group of teenagers after cyberbullying leads the town onto a very dark path. And, of course, there’s plenty of murder. Watch it on MTV. (Photo via MTV)

A 16-year-old reconnects with his childhood best friends, only to later be accused of murder when another student is found dead in her home. The show’s teens do some high-risk sleuthing to figure out if the murderer was really their friend — or someone they never even expected. You can stream it now from Hulu. (Photo via Freeform)

IF YOU LIKE TEENS BEING DIFFERENT THAN THEIR TOWN, WATCH THE SECRET CIRCLE

Much like PLL, this show was based off a wildly popular book series. But this time, the story’s about a teen who discovers she’s a witch and has to put up with some pretty weird and wild stuff in her town. Of course, the only way to get through tough times is to rely on your friends/closest circle of witches. You can stream it from Netflix. (Photo via The CW)