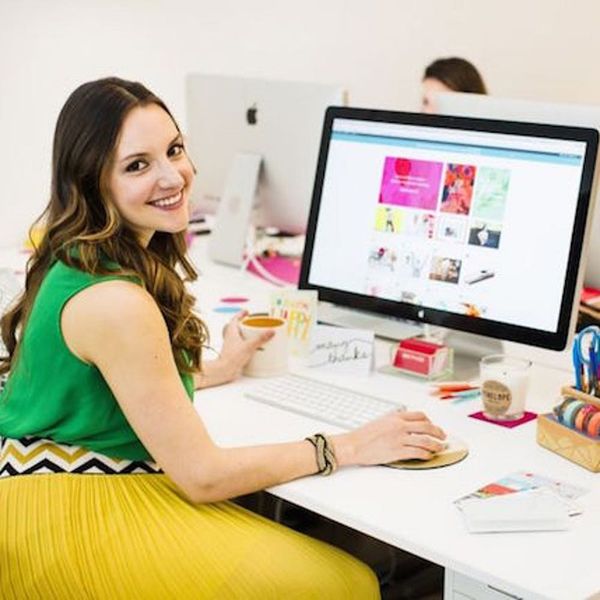 A few weeks ago, Joe Pinkser of The Atlantic divided American workers into two categories: Those who constantly need to achieve Inbox Zero — deleting newsletters and e-sales at the drop of a hat—and those who’ll let that “unread” number climb into the thousands, even tens of thousands. While those are two extremes, there are ways to feel more in control of your inbox no matter who you are. Below, four successful women (slash email masters) share their tried-and-true tips for everything inbox-related:

As someone who can’t stand a full inbox, Anjelika Temple starts every morning by going through her mail. But then, rather than staying glued to her inbox like so many of us do, she only checks in a few times throughout the day.

“Though it’s natural to constantly be checking your email, set aside a few 15-minute time slots each day to tackle your inbox,” Temple says. “Respond thoughtfully to a few emails in that time, and move on. That way you won’t be totally stressed at the end or beginning of each day.”

When you do tackle your email, Temple says to avoid marking emails that require action as “unread,” as doing so will only leave you more overwhelmed. “For a while I was using my inbox as a to-do list and found it stressful, so I changed things up,” she says. “Using your unread section as a to-do list is overwhelming, because you will never feel like anything is done.” As a remedy, Temple suggests adding action items to a separate to-do list.

As the woman in charge of an independent clothing company, Aly Silverio controls three different email accounts: her personal account, the business account, and the customer service account. With three inboxes to manage, how does she stay sane?

First and foremost, Silverio says she utilizes Apple Mail to keep the three accounts separate from each other. Within each individual account, she makes folders for different topics, such as “collaborations” and “gifting.” She also adds the people she communicates with most — i.e. the people in her office — to her VIP list, so she’ll never miss a message from them.

Though replying to emails is a big part of Silverio’s day-to-day job, she knows it can wait and advises against responding to most mail while on the go. “I don’t like to reply from my phone because I’m scared of typos or the email not sending properly,” Silverio says. “If it’s important or urgent, I’ll reply straight from my phone. If I know I can’t reply at that moment, I definitely flag it so I can get back to it later when I’m at a computer.”

Sometimes it’s easiest to let your webmail provider organize your inbox for you. Take it from Breanna DiGiammarino, who uses the Gmail Priority Inbox tool to focus on only the most important emails that come her way. By analyzing what emails you read and reply to most often, Priority Inbox separates mail into three categories: Important and Unread, Starred (anything you’ve marked for later review) and Everything Else.

Tools like Priority Inbox help DiGiammarino stay organized and make time for what’s truly important—which might not always include answering email. “The key to productivity is prioritization,” she says. “I identify the most valuable things I can do each day and structure my time around those tasks. Sometimes email is part of that work, and sometimes it is not.”

Even if checking email isn’t at the top of her to-do list, DiGiammarino says she often goes back to her inbox at the end of the day or week to follow up on her lower priority threads, both professional and personal. “I try to respond to every personal email I receive because you never know when cultivating a relationship will lead to an interesting conversation, a business partner, or even a new employee,” she explains.

One of the best things we can do when we feel like we’re drowning in unanswered emails is take a step back and breathe, Caroline Ghosn says.

This post was originally posted on Levo League by Heather Finn.