9 Successful Women on What They’d Tell Their Younger Selves 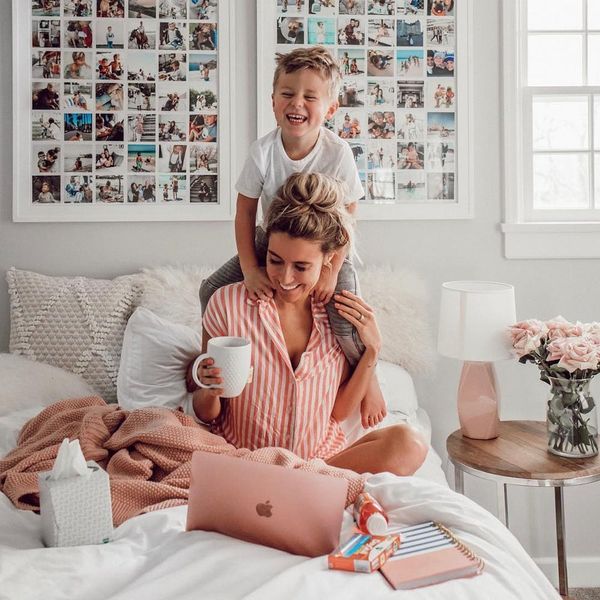 Struggling to identify your dream job, start a business, or pinpoint the right time to make a major life change? Though it feels tough to mbake a decision when you’re tired, disappointed, or unsure, hindsight is, indeed, 20/20. Since everyone needs a bit of reassurance and can benefit from a dash of wisdom from time to time, we checked in with nine successful women to get the advice they’d give their younger selves. Read on for a major dose of inspiration.

Believe in Yourself and Go For It

Sona Gasparian, the makeup artist and beauty vlogger behind Simply Sona and the founder of Pérsona Cosmetics,says that when looking back, she’d give herself some simple advice: Believe in yourself. “I was always full of great ideas but was too afraid to start them,” she admits. “I thought my dreams were too big and I would convince myself not to pursue them.” She says that it wasn’t until her mid-20s that she began to look at life differently and understand how manifestation works. Today, she says she believes that no dream is too big — as long as you believe in it and do your best. “When I was 26 years old, I ditched my traditional job and took a major pay cut to do what I love. I started my YouTube channel and worked really hard to build it. While my friends were out socializing, I was in my room, filming and editing. Shortly after, I decided to start my own cosmetics line, Pérsona Cosmetics. Now my developments are being sold at Ulta Beauty and our brand is growing quickly. Always remember that your dreams are not too big. Believe in yourself and work hard in silence to make them a reality.”

Search for Job Alignment Instead of a Specific Title

Gwen Elliot, a course producer at Shopify, says that she could never have predicted her job would exist when she first started carving out her career path. “My journey to this role involved working in television (including producing a show that got picked up by the Oprah Winfrey Network in Canada) to being a full-time entrepreneur to working in my current role at Shopify,” she explains. “As a course producer, I create online courses that teach people how to create their dream businesses.” Elliot tells us that she would advise her younger self to look for alignment, rather than a specific job title.

“For too many years, I ignored my intuition for roles or opportunities that didn’t feel quite right — and ignoring my inner voice caused me to burn out and feel very frustrated. When I was going through a more recent career transition, I focused on getting aligned (through meditation, martial arts, and taking better care of myself) and soon after discovered my current role.”

Don’t Feel Boxed in By the Future

“The advice I’d give my younger self is two-fold: Don’t feel boxed in by the future, and be okay making mistakes,” says Meredith Wood, VP of Content at Fundera. “When you’re a recent college grad, it’s easy to fall into the trap of feeling like you have to define the path for the rest of your life — or like every choice is irreversible.” Wood goes on to remind us that it’s really hard to know what you’ll want when you’re young, and chances are you won’t know how you feel about a specific career until you try it. “At the time, something like picking the wrong major or first (or second or third) job feels like a huge mistake. In reality, you’re learning about yourself with each decision, and each of these experiences will expose you to something that will contribute to your future career in ways that are sometimes hard to predict.”

Eileen Gittins, CEO and Co-Founder of Bossygrl, says she’d want her younger self to know that the dots can connect later, even if they don’t make sense right now. “Worry less,” she says. “I’d say that it’s amazing how one thing can lead to another.” She reflects on her successful path as proof. “After 9/11 and the dot-com crash, many venture-backed startups were unable to get follow-on financing. I didn’t know what I was going to do; there were no jobs and no money to start another company. Feeling the need for a creative break and a way to stay in touch with people I cared about, I started taking photographs again. I asked folks from my various startups if they’d agree to a photo session at their house, the beach, their studio, wherever. Soon, I found that people wanted prints. As a result, I founded Blurb, the self-publishing platform, as a way to efficiently share photos in a premium quality book.”

Steve Jobs expressed similar faith in his famous commencement speech, saying, “You can’t connect the dots looking forward; you can only connect them looking backward. So you have to trust that the dots will somehow connect in your future.” Use your experience, passion, and curiosity to confidently move in the direction of your dreams.

Surround Yourself With Good Humans (And Be One Too)

Mary Marantz, a talented photographer and entrepreneur and one half of Justin + Mary, says that the people you surround yourself with can have a big impact on your success. “I’d tell myself to be a really good friend,” she says. “To be personable and be real — actually real. To do your own work, and act with integrity. To give credit where credit is due; not to step on people. To learn from others and ask questions to figure out what’s working. To be direct and ask what’s not. I’d tell my younger self to learn from others’ experiences and mistakes to grow.”

Christine Andrew, the stylish force behind the blog Hello Fashion and founder of ILY Couture, echoes Marantz’ sentiment. “Be good to others,” she says. “Give when and what you can, whether it’s your time or money. None of us can make it alone, so lift others wherever you stand. Always make it a priority to give back!”

Sick days seem to come at the worst time! Cody's still out of town but mom duties continue. Beckam's been so cute trying to take care of me telling me it’s time to blow my nose when I sneeze 🤧❤️😂 Taking some @NyQuilDayQuil and making some warm tea. #ad #nosickdays

Andrew, who has truly built a digital empire, had more wisdom to share with us. “I believe in goal setting because ambition without goals doesn’t get you anywhere. I’d advise myself to set short- and long-term goals with a timeline to keep me accountable — but I’d also tell myself to try new things,” she says. “Whether it’s a trend you’re nervous to try or an adventure you think is extreme, never let second-guessing hold you back. Be adventurous.” Sound advice that clearly works super well.

Cut Yourself Some Slack

“All too often, we see young women who are too hard on themselves; I still am at times,” Emily Duff Bartel, Senior Product Manager at Uber, admits. “I think this is especially the case when we’re younger and working hard to establish who we are.” Bartel says she wishes someone had suggested that she be herself and believe in herself, but most importantly, be kind to herself. “I’d tell the younger version of myself that it’s okay to fail; it means I tried something new and challenging. I’d remind myself that we never know what we’re capable of until we try.” Beautifully stated.

Know What Your Strengths Are

LyAnn Chhay, VP of Community at Poshmark and one the company’s early employees, sings the praises of knowing your strengths after overcoming obstacles to get to where she is today. “I’d tell my younger self not to sweat the small stuff; in the grand scheme of things, the small things don’t matter. Instead, I’d say to focus on realizing your strengths in the professional world and to use them. This will make you happiest and most successful.”

Recipe developer, blogger, and Instagram influencer Dara Pollak of The Skinny Pig agrees that knowing where you can flourish and where you struggle is important as you continue your career (and life!) “Know your weaknesses and seek advice,” she says. “I’d tell myself to speak to a financial advisor about ways to budget better. It’s something that doesn’t come naturally to me and I still struggle with it sometimes.”

Krista Gray
Krista Gray is a web producer and freelance writer who lives in San Francisco. When she's not working with clients through her company GoldSquare, she loves reading, traveling, and learning new things.
Career Advice
Work
Career Advice Girlboss
More From Work