Your ’90s Heartthrob Match, According to Your Zodiac Sign 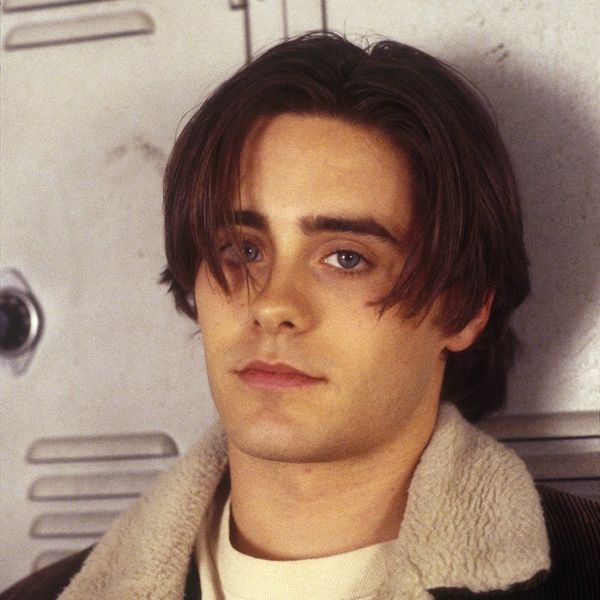 It seems time warps are real, people, because we’re smack in the middle of a ’90s revival so strong it’s like Lisa Frank and floral scrunchies never left the scene. Not that we’re complaining — we’re all over the wicked cool ’90s Instagram accounts. Something else we’re really feeling right now? Those ’90s heartthrobs we crushed on from TGIF and MTV, all floppy hair and baggy jeans. To celebrate these loveably awkward ’90s guys, we decided to pair up each hunk to their horoscope match.

Jared Leto: You’re notoriously independent, Aquarius, with a sizable rebellious streak that can sometimes land you in hot water, even when your intentions are pure. It’s this misunderstood progressiveness that connects you to Jared Leto’s role as Jordan Catalano in My So-Called Life. While your other friends found his aloof nature and emotional immaturity to be a turn-off, you knew he was just an original thinker who prefers listening to talking. (Photo via ABC Photo Archives/Getty)

Will Smith: There’s no holding back Smith’s creativity — he’s as committed to his artistic endeavors as you are, Pisces, and that’s saying something. The rapper-turned-actor has spent his entire career switching between music and film, all with an infectious joie de vivre that you can’t help but admire. It’s true — you’ve got that same calling to create and can spend hours daydreaming new ways to express yourself. Smith is seemingly also a dedicated family man with a gentle, romantic sign you’ve been drawn to since the ’90s. (Photo via NBC/Getty)

Mark-Paul Gosselaar: Zack Morris was the leader of the pack at Bayside High — outgoing, confident, and determined to accomplish whatever he sets his mind to. It’s this independent spirit that draws you to Saved by the Bell’s charming crush-maker, especially since you’ve been known to enthusiastically forge ahead on your own schemes every once in awhile. Kelly Kapowski who? (Photo via NBC/Getty)

Leonardo DiCaprio: From Growing Pains to Romeo + Juliet, DiCaprio owned the ’90s — and your heart — with his vulnerable, romantic side. As an Earth sign who appreciates the finer things, you’ve always been drawn to DiCaprio’s seeming ability to make life an extended vacation, all warm beaches and cold wine. It’s all love, beauty, and indulgences for you two. (Photo via Vinnie Zuffante/Getty)

Jaleel White: Transformation is kind of your thing, Gemini — your dual nature has been duly noted. So there’s no doubt you loved it every time nerdy Steve Urkel transformed himself into charming Stefan on the TGIF mainstay Family Matters. Jaleel White’s portrayal of this geek-to-chic character speaks to your adaptable nature — plus, Stefan’s quick wit, book smarts, and worldly persona vibes with your love of learning. (Photo via ABC Photo Archives/Getty)

James Van Der Beek: Sweet Dawson — is there a crying face more iconic? James Van Der Beek’s portrayal as uber-romantic Dawson Leery on Dawson’s Creek gave him a rep for being a sensitive and thoughtful heartthrob, all floppy hair and pining eyes. We know you’re totally down with that vibe, Cancer, since you’re a caring, emotional sign who doesn’t shy away from talking about feelings. If you were Joey, you would’ve had no time for Pacey’s rebellious antics when you knew Dawson was a mere ladder climb away from a cozy movie night at home. (Photo via Getty)

Joey Lawrence: Whoa! Joey Russo stole our hearts as the lovable goof on Blossom with his disarming smile, silly sense of humor, and good nature. Sound like anyone else you know, Leo? Swoon. You both feel right at home in the spotlight and love to have a good time. You’re social, warm, and a generous friend — people gravitate toward you and you’re often the one leading the charge to some new fun adventure. And Joey would definitely be along for the ride! (Photo via NBC/Getty)

Usher: You appreciate a well-dressed perfectionist with a work ethic a mile-long, Virgo, and Usher is just that. The singer/dancer has been at it since the early ‘90s, slaying the music scene with his talent, and nothing makes you crush harder than a man who works for what he wants. Usher is also an incredible activist and has started numerous charities and donated millions to natural disaster victims, school arts education, and UNCF (to name but a few), and as the resident philanthropist of the zodiac, those do-gooder vibes make your heart flutter. (Photo via Ron Galella/Getty)

Joshua Jackson: While he may have had a bit of a bad-boy streak, Pacey Witter mostly played the peacemaker amidst all the drama between Joey Potter and Dawson Leery on Dawson’s Creek. That desire for diplomacy is oh-so relatable to your harmonious soul, which makes that moppy-haired boy a total dreamboat in your eyes. Jackson himself seems like a solidly good guy — loyal, gracious, and outdoorsy. Oops — did we just write your perfect Tinder match profile? (Photo via Jim Spellman/Getty)

Luke Perry: Is it any surprise we paired you with the quintessential ‘90s bad boy, Scorpio? You’re secretive, passionate, and can get a little dark — and those qualities just pour out of Perry’s smoldering squint. Perry’s best known for his role as Dylan McKay on 90210 where he stirred up jealousy and resentment between Kelly and Brenda. For better or worse, those qualities often come out in you Scorpio, especially when you’re super into someone (and be honest; you don’t hate any of it). (Photo via Peter Carrette Archive/Getty)

Joseph Gordon-Levitt: You’re funny, Sag — like, really funny. And fun to be around. You appreciate a sharp sense of humor and sunny disposition in your heartthrobs too — which is why you’ve always been drawn to the quirky, cute Joseph Gordon-Levitt. Not to mention you’re both free spirits, spending your time doing what you love (for you, that’s travel and exploration, for JGL — acting, directing, producing). Either way, you’re both just trying to experience as much as possible. (Photo via NBC/Getty)

Jonathan Taylor Thomas: You appreciate a hard worker, Cap, especially one with perfect hair and mega-watt smile. Enter JTT — arguably the most beloved ’90s heartthrob of them all. He spent his teen years playing Randy Taylor on Home Improvement while simultaneously shooting movies and continuing school, setting a solid foundation for his future success. He even graduated from Columbia after a stint at Harvard! Is there anything sexier than a man who values education and career? (Photo via ABC Photo Archives/Getty)

Did we forget any heartthrobs you crushed on in the ’90s? Tweet us @BritandCo and let us know who else should have made the list!