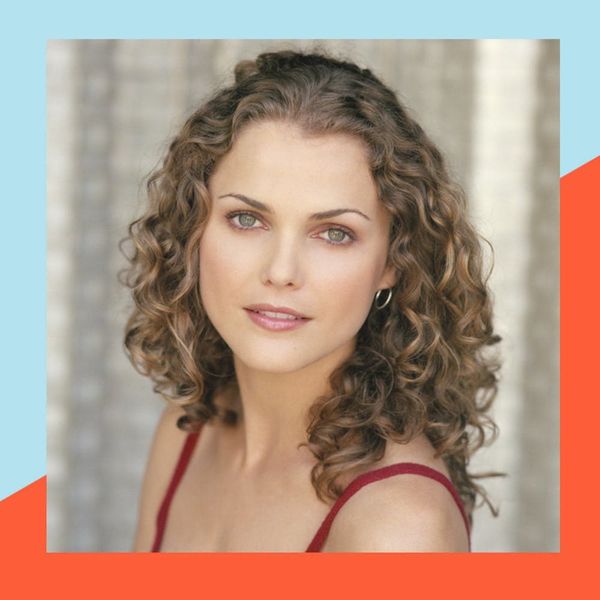 If the throwback ’90s fashion and hair trends have been making your hearts go buck wild, get ready. Back then, the babes of the small-screen legit ruled the red carpet with their perf OTT beauty and stand-out hair. From Donna Martin to Kelly Kapowski, our TV faves wow-ed us week after week. Here are 14 epic TV characters who made throwback-era hair the stuff of legends.

1. Kelly Kapowski from Saved by the Bell!: First, let’s pay homage to the ultimate childhood It girl: Tiffani Amber Thiessen. Her voluminous, feathery mane with sideswept bangs was the talk of Bayside High (and drove Zach Morris wild). (Photo via Gary Null/Getty)

2. Kelly Bundy from Married With Children: Christina Applegate turned heads as a sassy teenager with unforgettable style, making her an icon in our book. (Photo via Harry Langdon/Getty)

3. Moesha: Whether wearing braids, buns, or a half-up style, Brandy Norwood absolutely killed it on each and every episode. Oh, and that double-bun ‘do she frequently rocked? That’s making a full-blown comeback. (Photo via CBS/Getty)

6. Buffy in Buffy the Vampire Slayer: If you had blonde highlights and a below-the-shoulder-length cut, you probs have Sarah Michelle Gellar to thank. Her sleek, side-parted strands looked bomb as she kicked vampire butt, back before vampires were cool. (Photo via Getty)

7. Monica Gellar, Rachel Green, and Phoebe Buffet on Friends: Okay, okay. We could never forget the trio of gal pals we all basically grew up with. No matter whose flippy locks were your personal fave, “The Rachel” haircut basically defined a decade. (Photo via NBC/NBCU/Getty)

8. Joey Potter on Dawson’s Creek: Long before TomKat, Katie Holmes was the ultimate girl-next-door. The only thing more memorable than Joey and Dawson’s on-and-off romance was the way our girl effortlessly wore her hand-parted strands. (Photo via Getty)

9. Ashley and Hilary Banks on The Fresh Prince of Bel-Air: As the most fashionable sisters on ’90s TV, Tatyana Ali and Karyn Parsons both gave us all the hair ideas. Whether you lean more toward trendy tresses or like it upscale and elegant, the duo always kept us guessing. (Photo via Gary Null/NBCU/Getty)

10. Topanga Lawrence from Boy Meets World: Danielle Fishel was a total ’90s-era princess thanks to her curled bangs and Rapunzel-inspired locks. She’s pretty much the reason why we used freshly squeezed lemon for at-home highlights. (Photo via ABC/Getty)

11. DJ Tanner from Full House: While we’re on the subject of bangs, blondies, and voluminous hair, let’s appreciate the ah-mazingness of Candance Cameron’s pre-teen hair. (Photo via ABC/Getty)

12. Angela Chase from My So-Called Life: Back in the ’90s, Claire Danes was a redhead with the sleek bob-lob hybrid we all wanted to copy. Cue the Manic Panic, because who didn’t want to rock emo-approved, crimson hair after this show debuted? (Photo via Mark Seliger/ABC/Getty)

13. Lois Lane on The Adventures of Superman: Teri Hatcher’s super profesh lob was — and is — the epitome of newsroom chic. We’re all about the vintage blown-back styling, subtle height, and shoulder-grazing curls. (Photo via Bob D’Amico/ABC/Getty)

14. Felicity: Remember when Keri Russell first entered the scene with her unbelievable, out-to-there curls? We sure do. Homegirl was repping the natural beauty movement a decade before it went mainstream. (Photo via Touchstone Pictures/ABC/Getty)