A Wearable Camera That Captures Everything You Do 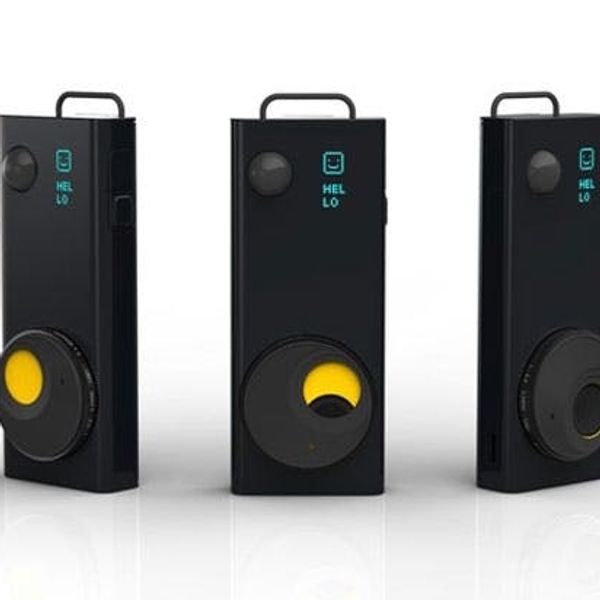 We’re all about keeping track of where we go, how far we run, who we’re with, and even what we’ eat and drink on a daily basis. We use apps like Path and Instagram to capture photos of our comings and goings and gadgets like the Nike+FuelBand and Jawbone UP to track our physical activity throughout the day.

Well, the folks at OMG (yes, that is a real company’s acronym) is going to take the act of tracking your life through metrics and photographs to a whole new level. Introducing Autographer.

Developed in conjunction with Microsoft as a sort of next level SenseCam (originally created for enhancing the memory of Alzheimer’s patients), the Autographer is the first “life-logger” created for the consumer market.

Of the Autographer, OMG writes, “Autographer is designed to change the way we think about photography: one where moments are captured without intervention. The user can live the experience while Autographer spontaneously captures the stories that unfold. This is not just a new camera but a whole new photographic approach.”

The 5-megapixel camera has been custom-built to enable spontaneous, hands-free image capture. It includes a custom 136 degree eye view lens, a small GPS unit and 5 sensors that are fused by an algorithm that indicates when the camera should take photos. It claims to use these sensors to find the exact right moment in your day. Or rather, the exact right 2,000 moments in your day.

The aforementioned sensors include an accelerometer, light sensor, magnetometer, infra-red motion detector and thermometer, meaning much more than just photographs can be captured with this gadget.

And yes, smartphones can get involved! Autographer is Bluetooth-enabled, allowing it to communicate with your phone so that you can browse images on the go, or edit on your desktop. It’s light and can easily latch on to a necklace, keychain, or anywhere else that seems like a vantage point worth shooting from.

The cons? There’s definitely something Big Brother-esque about Autographer. Though you’re the one controlling it, it might feel a little like a piece of personal surveillance rather than a new way of taking photographs, at least at first. It releases in the UK in November at $650 a pop.

Anjelika Temple
As Co-Founder and Chief Creative Officer of Brit + Co, Anjelika Temple brings her voracious consumption of all things creative and colorful to DIY projects, geeky gadgetry finds and more. When she's not DIY-ing her heart out, you'll find her throwing dinner parties with friends or adventuring with her husband David, their daughters Anokhi and Indira, and their silly dog Turkey.
Photography
Tech
Photography
More From Tech