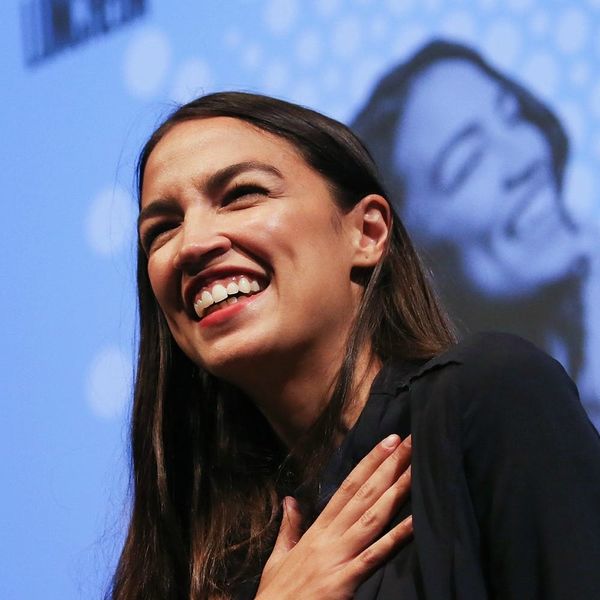 She hasn’t even been sworn in yet, but freshman New York congressperson Alexandria Ocasio-Cortez is putting her money where her mouth is by promising to pay interns working in her DC office at least $15 per hour. In so doing, she’s breaking with a longstanding tradition of representatives and senators not paying their interns a salary at all.

On Tuesday via Twitter, Ocasio-Cortez’s chief of staff, Saikat Chakrabarti, confirmed with reporter Jeff Stein that the incoming representative is planning on paying her interns — a major change from the status quo.

In a 2017 report, Carlos Vera and Daniel Jenab of Pay Our Interns found that only eight percent of Republicans and 3.6 percent of Democratic members of the House offer paid internships (the numbers are higher for the Senate, however: 51 percent of the GOP and 31 percent of the Dems pay their interns).

On Monday, 29-year-old Ocasio-Cortez tweeted that she’d visited a local “dive” in DC for late-night food to discover that a number of the staff were unpaid Congressional interns working second shift jobs.

“SEVERAL bartenders, managers, & servers *currently worked in Senate + House offices.* This is a disgrace,” she tweeted. “Congress of ALL places should raise MRAs (members’ representational allowances) so we can pay staff an actual DC living wage.”

She continued: “It is unjust for Congress to budget a living wage for ourselves, yet rely on unpaid interns & underpaid overworked staff just bc Republicans want to make a statement about ‘fiscal responsibility.’ If that’s the case, they can cut down on staff to pay them well. Or raise the MRA.”

And as Ocasio-Cortez has said herself, living in DC is not cheap. The average price of a one-bedroom apartment near the Capitol is $2,241 per month. Vera told the Washington Post in April that as a Congressional intern, he, like many unpaid interns in Washington, worked long hours in secondary jobs in order to survive.

“I was fighting not to fall asleep,” he said of his 2012 internship with former Rep. Joe Baca (D-California), which he held while he was also working as a front-desk assistant at American University.

Shortly after Ocasio-Cortez’s staffing announcement, Senate Minority Leader Chuck Schumer announced that he would pay qualified interns and that a previous job posting was sent out “in error.” Instead, Schumer’s camp said he would pay a stipend to press and legislative interns starting in January 2019.