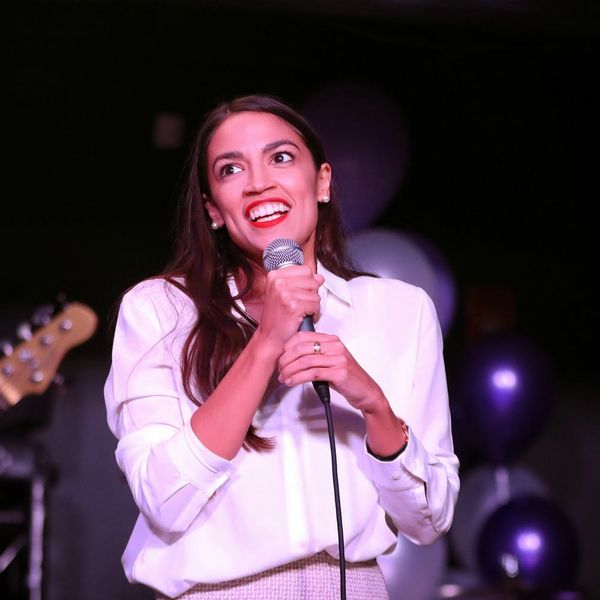 In an interview with the New York Times Thursday, newly minted congressional representative Alexandria Ocasio-Cortez admitted she isn’t planning to head to Washington before her inauguration in January 2019. Although there are luncheons, an orientation, and various other events for new representatives leading up to January, Ocasio-Cortez won’t draw a salary until after she starts work, making her early move to DC completely financially impossible.

And although the upstart Democratic Socialist is excited to make waves (and change) in Congress from the get-go, her inability to actually get to her new home before she starts work shows that our entire political system is built for wealthier people to remain in leadership, making it hard (or in some cases, impossible) for average people to even get elected.

“I can’t really take a salary,” she explained of her current status. “I have three months without a salary before I’m a member of Congress. So, how do I get an apartment? Those little things are very real.” Although Ocasio-Cortez did save up as much money as she could from her job in a restaurant before the election, that money will just barely cover her living expenses in New York and not finance a move to the capital.

“We’re kind of just dealing with the logistics of it day by day, but I’ve really been just kind of squirreling away and then hoping that gets me to January,” she said.

But the setup isn’t a fluke for the low-earning upstart who won her election: The political system is designed by and for wealthy people across the board. Past election year data shows that most winners for the House have to raise at least $1.6 million dollars if their campaign will be successful — a dollar amount that’s hard to get to if you don’t have the right donor connections among the wealthy.

In fact, according to some statistics, although small donor donations are on the rise among politicians, large corporate contributions can make or break a campaign. But it’s not just finances. The entire structure of elections — a system that was ostensibly designed to make politics accessible for any potential candidate — has evolved to restrict the breadth of candidates, which has had the effect of squelching diversity.

In the 1800s, uniform, printed ballots became part of the national political landscape, and with them came Republican and Democratic legislatures wringing control further away from independents, upstart political parties, low-wage earners, and racialized communities by privileging their parties (and their insider candidates) on the ballots. This has allowed for an electoral system that favors wealthy candidates.

But Ocasio-Cortez’s win shows not only that people are ready for change on that front, but also that she’ll shine a light on it. “There are many little ways in which our electoral system isn’t even designed (nor prepared) for working-class people to lead,”Ocasio-Cortez tweeted Thursday. “This is one of them (don’t worry btw – we’re working it out!).”