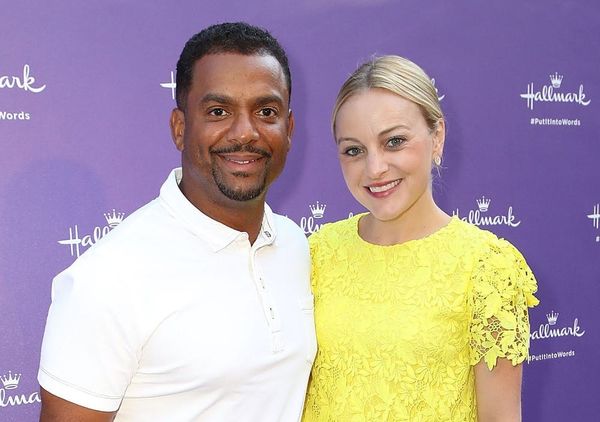 Meghan Markle isn’t the only one expecting a royal baby. A little Fresh Prince or Princess is on the way for Alfonso Ribeiro. The former Fresh Prince of Bel-Air actor and his wife, Angela, announced on Friday, November 2, that they’re expecting baby number three.

Ribeiro heralded the news with an Instagram photo of Angela and their two children, three-year-old Anders and five-year-old Alfonso Jr., who posed with balls under their shirts to mimic their mom’s pregnant belly. “Guess which bump is already kicking??” the actor quipped. “Baby Ribeiro due Spring 2019 #babyontheway”

The happy parents also confirmed the news to Us Weekly, saying, “We’re super excited! The kids were so happy to pose for our pregnancy reveal photo.”

They’re excited to be big brothers, too. But they have some opinions about the new addition. “AJ would love a baby sister and Anders wants it to be a baby puppy,” Angela quipped to the magazine.

She and Ribeiro, who also has a 15-year-old daughter named Sienna from a previous marriage, just celebrated their anniversary on October 13. Ribeiro marked the occasion with an Instagram message to his wife: “6 years ago @mrsangelaribeiro1 made me the luckiest man alive. Every day I get to wake up next to you and know I have the greatest partner. You are my ride or die. Together we are stronger, better and happier. Thank you so much for being my partner for life. I simply couldn’t be any happier than when we are together. Happy anniversary, my love.”