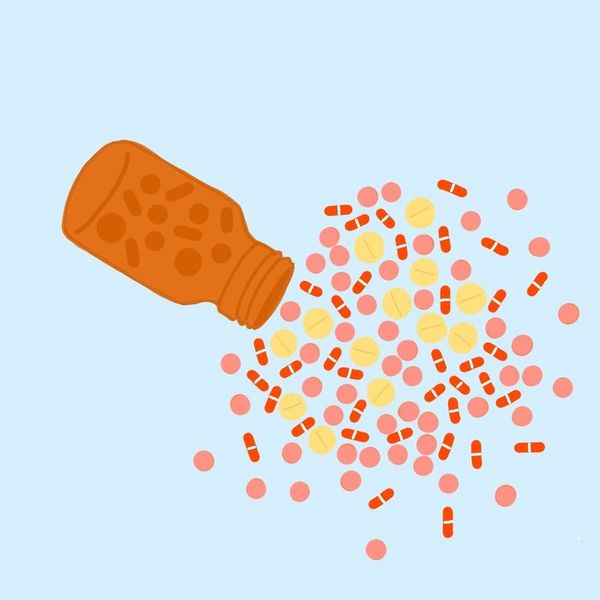 he It’s incredible and almost inexplicable: Americans pay more for prescription drugs than any other wealthy, democratic nation in the world.

A lot more. But there’s hope.

According to Scientific American, US prices for the world’s 20 top-selling medications are an average of three times higher than in Britain. Canadians pay between 35 and 55 percent less for a majority of medications. It’s no wonder that President Trump made the issue one of the pillars of his campaign, telling crowds that drug companies were “getting away with murder.”

So where did we go wrong? Why do Canadians pay less than $45 for the drug Lipitor, while Americans often fork out $125 for the same dose? The answer to that question is complex and multifaceted, but much of it can be chalked up to this: The United States doesn’t regulate drug pricing, a unique policy in the developed world.

Instead of putting a cap on how much a certain pill can cost, or how much the price of a medication can increase over a given period of time, the US relies on what pharmaceutical companies describe as a competitive, open marketplace to keep prices down. But some experts argue that this idea of a free and competitive marketplace for medication in the US is a myth.

Alan Sager, a professor of health policy and management at Boston University’s School of Public Health, is one person who is skeptical of the current setup.

“We have monopoly selling power for drugs under patent,” says Sager. “With generic drugs, there are just a few people selling drugs. There is no functioning free market.”

Sager says that pharmaceutical companies set prices to maximize profits, and that since there are no regulations or federal oversight to stop them from doing so, it means that Americans pay a lot for the drugs they need. It’s the sort of policy — or non-policy — that has led to scandals like the Daraprim price hike, in which the price of a drug used to treat toxoplasmosis jumped from $13.50 a pill to $750 overnight (the pill cots about $1 to produce).

Drug companies then justify outrageous hikes by claiming the high price tags are necessary to fund research and development.

“What they’re essentially saying is ‘Give us all your money or we will kill you,’” says Sager.

In countries with nationalized healthcare systems like Canada and Britain, governments negotiate directly with drug companies to keep prices down and may decide not to cover certain drugs they consider overpriced. In the US, Medicare providers are not able to negotiate prices, and Medicaid must cover all drugs approved by the Food and Drug Administration.

We also have a patent system that prevents cheaper generic versions of drugs from coming to market for decades. When a company patents a new drug, that company has the right to be the sole producer of that drug for 20 years or longer. And even when generic versions do finally become available — often at less than half the price — state policies that require patients to consent to switch to a generic often prevent that switch from ever happening.

This year, individual states have been attempting to tackle out-of-control medication prices — and failing. According to NPR, state legislatures in at least 13 states have attempted to introduce legislation that would fine pharmaceutical companies for “price gouging,” essentially jacking up prices without a justifiable reason. Unfortunately, none of those bills have passed. Just last week a Maryland price gouging bill was ruled unconstitutional by the US Fourth Circuit Court of Appeals, setting a significant precedent that could affect state efforts to regulate prices nationwide.

Sager says that politicians who favor regulation face an uphill battle at both the state and federal levels.

“Prices are not regulated in the US because politically we are fighting the financial power, lobbying power, and campaign contributions of drug makers,” says Sager.

The bottom line seems to be that the right of pharmaceutical companies to set their own prices dramatically outweighs the right of the individual to access medication at an affordable price.

That being said, Sager still has hope.

“High drug prices are a tax on being sick, old, or poor,” says Sager. “They are an incredibly unfair and regressive tax, and one that we will probably prohibit drug makers from imposing in the future. Right now the drug makers are the most nervous well-dressed people in America.”

Lia Grainger
Lia Grainger is a freelance journalist and reluctant nomad who divides her time between Canada and Spain, weather dependent. She's written for The Atlantic, Reader's Digest, the Toronto Star and other print and online publications, and her work appears in dozens of languages around the world.
Politics
Current Events
Politics Womens Health