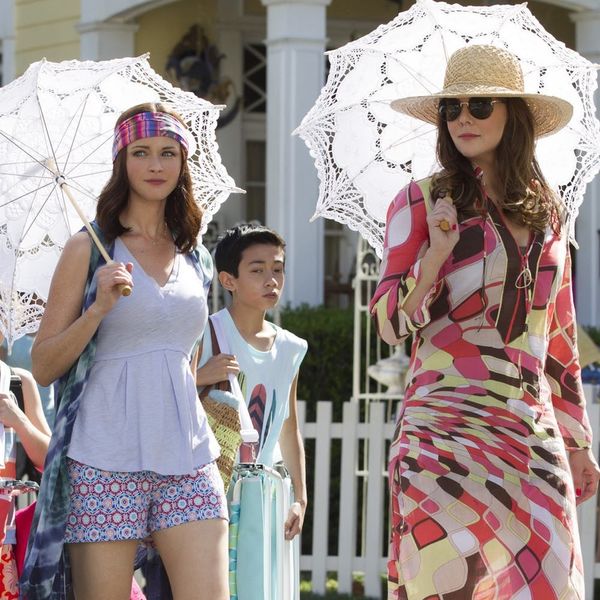 Gilmore Girls creator Amy Sherman-Palladino has already said that more episodes of the hit show are “definitely possible,” which is amazing news for anyone who wants to see what happens with Rory and *that* particular situation. But a lot of things would have to line up first.

“The thing about Gilmore Girls is, it’s an amorphous thing,” Sherman-Palladino told The Hollywood Reporter. She said that when they were considering doing the Netflix A Year in the Life reboot, it was obvious to them that the time was right. “The reason that it happened the first time is because we all went to that Austin [ATX] Festival, and we all sat together and there was an open bar and we were all sitting there saying, ‘It feels good now, let’s do it now.'”

She added, “There’s nothing being planned right now, but it’s open if the muse strikes.” Let’s hope that muse does indeed strike! And if it does, Netflix will be ready and waiting. “We’ve got the Gilmore clause, we’ve carved it out,” she told THR.

For now, fans can check out Sherman-Palladino’s new Amazon show, The Marvelous Mrs. Maisel, which premiered today and has already won over fans with the same kind of quirky wit that we love so much about Gilmore Girls.

Would you want to see even more episodes of Gilmore Girls? Let us know @BritandCo!

Desiree O
Desirée O is a ‘Professional Bohemian’ who loves anything and everything related to the arts, entertainment, and pop culture. She ADORES being a ‘Newsy’ for Brit + Co, covering all of the latest tidbits of awesomeness that you want to read about. When she’s not writing, she’s either making messy art, going on long adventurous walks with her camera, or poking around over at bohemianizm (http://www.bohemianizm.com/). You can find out about Desirée O and her work at http://DesireeO.com/ or follow her on Twitter @DesireeO.
Gilmore Girls
TV
Gilmore Girls