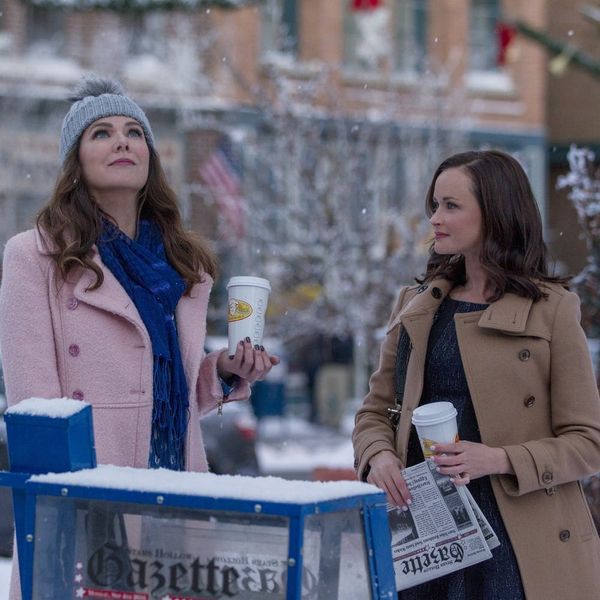 It’s been almost a full year since Netflix took us back to Stars Hollow with the four-part Gilmore Girls: A Year in the Life revival. And while the show’s creator, Amy Sherman-Palladino, has since moved on to making The Marvelous Mrs. Maisel for Amazon, she revealed in a new interview that that doesn’t mean she can’t also make more GG episodes, should the stars align again.

“We carved out a little niche for ourselves with Amazon saying that if we ever want to do it, if the girls and us get together and we have a concept that works, then we have the freedom to do it,” she said in an interview with RadioTimes.

Fans of the show have been waiting impatiently for news of more episodes since those famous last four words were finally said in the revival’s cliffhanger. Talks between Sherman-Palladino and Netflix have taken place, but some of the show’s stars, including Milo Ventimiglia and Lauren Graham, have expressed reservations about extending the story even further.

Gilmore Girls originally started airing on the WB back in 2000, and wrapped up on the CW in 2007. The show’s leading ladies are still heartwarmingly close in real life, with Sherman-Palladino saying she recently had lunch with Graham and Kelly Bishop (who plays Emily Gilmore), and had spoken to Alexis Bledel just a week earlier.

Regardless of what happens with new episodes, the creator says A Year in the Life was as good an experience for her as it was for viewers. “We feel great about it,” she said. “We really enjoyed it, we enjoyed the experience very much, and it had a whole different feel than the [original] series did.” Sounds to us like making more would be a great idea all around.

Would you like to see more Gilmore Girls episodes? Let us know @BritandCo!