And the Season 15 ‘Bachelorette’ Is… [Spoiler!] 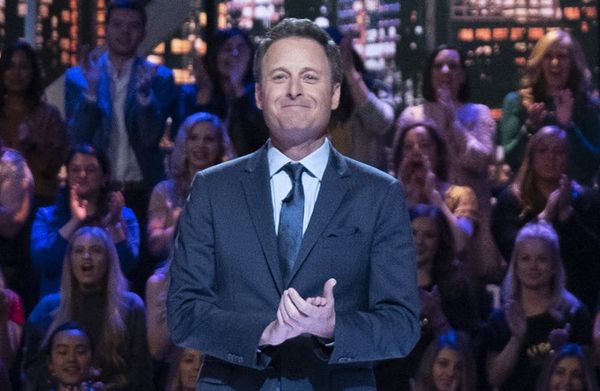 Hannah, a beauty pageant queen from Alabama who was sent home by Underwood in week seven, seemed happy but a little overwhelmed as she took the stage to greet her public. “I feel all the emotions, but honestly, I’m just really grateful for the opportunity,” she told Chris. “For a minute there, it was touch-and-go from my experience. But in my wildest dreams, [I did hope for this].”

Producers then showed the moment she found out, via FaceTime, that she had been chosen as the Bachelorette. “Are you serious?” she asked as she started to cry. “Oh my god!”

She didn’t say much more during her interview with Chris, but she did indicate that she “really wanted this.” Which is good, since producers decided to start her season early by introducing her to her first five contestants.

First up was Luke, who gave her a hug, told her she was stunning, and said she was the only one he wanted to see as the Bachelorette. Short, sweet, and to the point.

Next was Dustin, who gave an endearingly nervous toast to their future adventures: “Cheers to the start of a wonderful beginning, an amazing journey, and for us to get to know each other.”

Third was Cam, who did his best to impress Hannah with a personalized rap. (Sample lines: “I’m ready for love, and I’m ready to feast / I wanna fall for you like I fell for Hannah Beast.”)

Fourth was super-tall Connor, who gave her a bedazzled stool so they could be “on the same level.”

And Bachelor number five was Luke number two, AKA Luke S., who made a joke about going down (South) for her anytime.

Past finales have also featured early introductions to some of the new season’s contestants, but this was the first one where a rose was given out. “This is one of the hardest decisions I’ve made this season, but you were all great,” Hannah quipped before awarding the first-ever pre-season rose to Cam, the rapper. “To those of you who do not get this rose, I can’t wait to see you all back at the mansion. And try harder!”