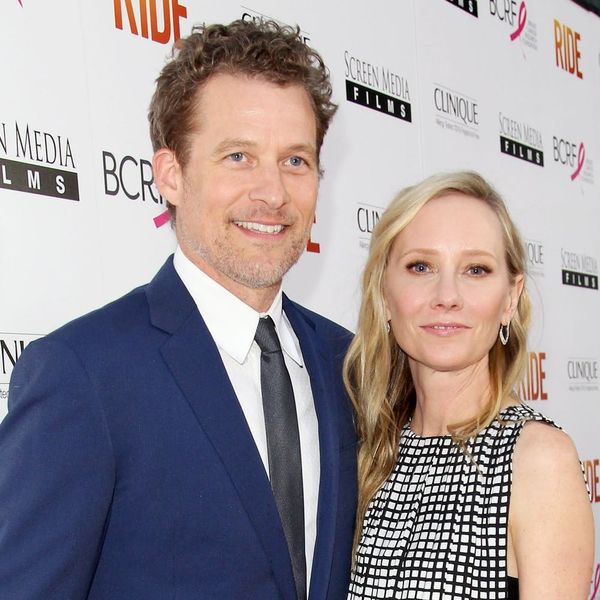 Just days after Lena Dunham and Jack Antonoff confirmed their breakup, another Hollywood couple has called it quits. Anne Heche and James Tupper just announced that they’ve split after more than 10 years together.

The 48-year-old actress and 52-year-old actor first started dating in 2007, after they met on the set of Men in Trees. Today, they co-parent two children together, eight-year-old Atlas and 15-year-old Homer, who is Heche’s son from her previous marriage to Coleman Laffoon.

“James and I have shared a great life together and have many wonderful memories,” Heche told People in a joint statement from her and Tupper. The Six Days, Seven Nights star didn’t go into detail about the cause of the split, but she did add, “Relationships change and grow; we’re taking time for that.”

The statement went on to say, “We care very much for each other and plan to continue raising our two beautiful boys in love and harmony. Thank you for allowing us privacy as our family evolves.”

Heche and Tupper have worked together on a handful of projects, including the sci-fi series Aftermath. You may also recognize Tupper from his role as Nathan on Big Little Lies. He’ll next appear with Heche on NBC’s The Brave, for what she called “two mind-bending finale episodes.”

The Brave airs Mondays at 10pm ET on NBC.

Are you surprised to find out that Anne Heche and James Tupper have split? Let us know @BritandCo.