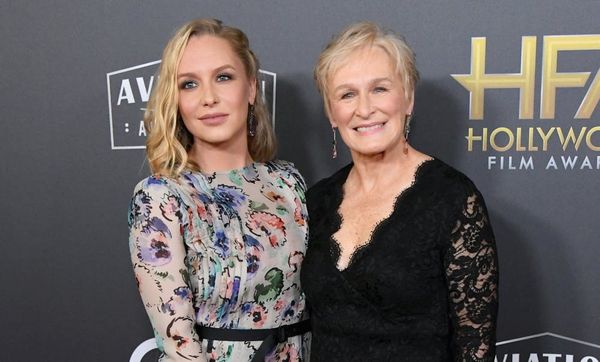 The Wife, for which star Glenn Close just earned a 2019 Oscar nomination, was a special project for the actress, not only because of the material but also because it featured a performance from her real-life daughter, Annie Starke, as a younger version of her character. As Starke reveals in this exclusive clip from one of the bonus features on the Blu-ray, however, she was initially hesitant to take on the part.

“I don’t know if you guys know this, but this lovely woman is my mother,” Starke says in the clip, gesturing to Close a few seats away. “It was just kind of a funny concept on its face, you know, to play a young version of my mom. So I kind of was like, ‘Oof, I don’t know.'”

Ultimately, of course, she decided to go ahead with the role, thanks in large part to some nudging from people around her. “I give great credit to [my] wonderful manager who was kind of like, ‘You say that, but just read it,'” she recalls, adding that she also had a good experience with Björn Runge, the film’s director. “[He] actually came here to Los Angeles, and we met and had a three-hour lunch or something fabulous. … And I’ve been such a huge fan of [the film’s writer] Jane Anderson, and when I read the script and when I met Björn, I really just fell in love with the character as well. … I will always hold her very close to my heart.”

The character in question is Joan Castleman, a woman who begins to question her life choices when she heads to Stockholm with her husband so he can accept the Nobel Prize for Literature. Close plays Joan later in life, after nearly four decades of marriage, while Starke plays her as a young woman. The two developed the character together, which made the project that much more special.